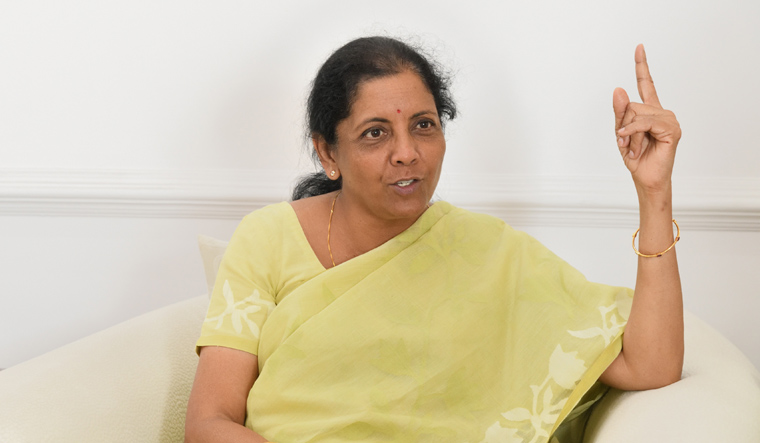 For the first time after it was unseated from power at the Centre, the Congress has found enough ammo to take on the ruling BJP, thanks to the Rs 58,000-crore Rafale deal. Now, leading the government's fightback, Defence Minister Nirmala Sitharaman accuses the Congress of trying to scuttle the deal to buy 36 Rafale jets from France. "Today, it will not be far from truth if I tell you that the [Congress's] agenda probably is to have the [deal] cancelled," says Sitharaman in an exclusive interview to THE WEEK.

On the controversies surrounding pricing, she says that the Congress has conveniently "picked from their agreement which they did not finalise". "It is like comparing apples and oranges. You are comparing your basic aircraft at Rs 520 crore without smartly telling the whole truth about escalation cost in currency exchange variations. Then you have picked a fancy number of Rs 1,600 crore [as our price], which may have been the cost of [the aircraft with armament] and also with India-specific additions put on it. It is not the basic price, it is something with all the additions," the raksha mantri clarifies.

The full interview is available in the latest issue of THE WEEK, dated October 7 that has hit stands. This is Sitharaman's first interview to a news publication after former French president Francois Hollande claimed that it was the Indian government that proposed Reliance Defence as the offset partner for Dassault Aviation and France did not have a choice. "Are you wanting to get convincing answers, or are you spreading canards, taking the names of leaders from outside?" she asks refering to Congress president Rahul Gandhi, when questioned about Hollande's statements. 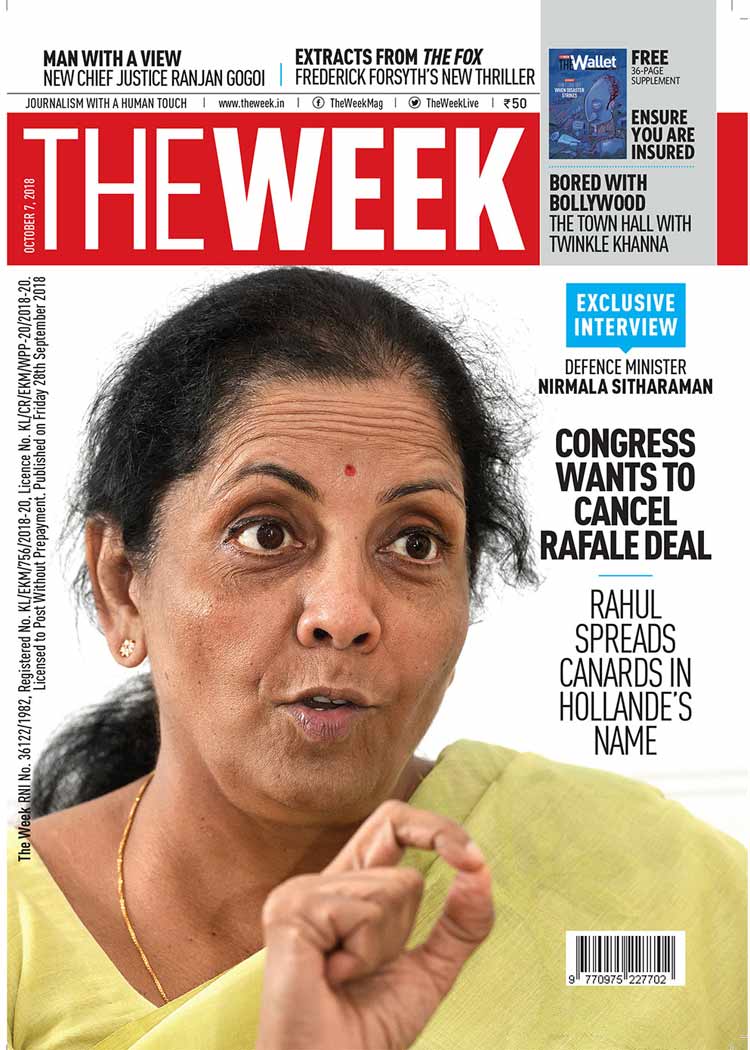 On the issue of awarding the deal to Anil Ambani's Reliance Defence Ltd, Sitharaman says that the move was based on the rule made during the Congress regime. "The original equipment manufacturer is allowed to go to any partner. It is the rule made during the Congress rule that the partner can be a public sector or a private player. So, where am I in this picture?" asks Sitharaman.

Rahul Gandhi has been leading the attack against the NDA government, repeatedly targeting Prime Minister Narendra Modi's 'vested' interests in awarding the Rafale deal to Reliance Defence. However, the defence ministry rejected Gandhi's allegations and said it had no role in the selection of Reliance Defence as the offset partner.