Aadhaar through the years, a quick timeline 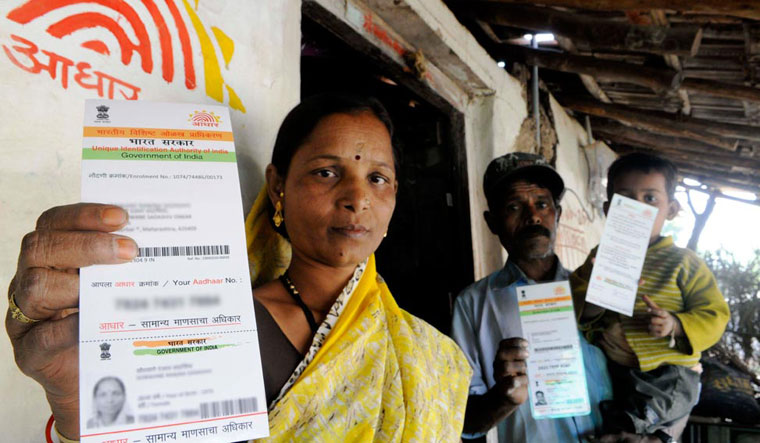 The Supreme Court on Wednesday will deliver its verdict on the constitutional validity of Aadhaar, the 12-digit unique biometric number. Aadhaar was started as a pet project of the UPA-I government in 2009. Despite criticising Aadhaar while in the opposition, the project was zealously taken over by the current NDA government, resulting in the widespread use of Aadhaar cards without much checks and security practices in place.

Here is a quick history of Aadhaar from its conception in 2009.

2009: The Centre constitutes the Unique Identification Authority of India (UIDAI) for the purpose of issuing unique identification numbers. Aadhaar architect Nandan M. Nilekani appointed as the first chairman of UIDAI

2012: Justice K.S. Puttaswamy files a writ petition in the Supreme Court of India. The former Karnataka high court judge challenged the government policy to make Aadhaar card mandatory for every individual and its plans to link the biometric ID with various government schemes. He contends that Aadhaar violates fundamental rights of equality and privacy granted to every individual under the Constitution

23 Sept, 2013: In an interim order, the Supreme Court states that no person should suffer for not having an Aadhaar card, even if it has been made mandatory by certain authorities to avail benefits

24 March, 2014: The Supreme Court issues an order asking agencies to revoke any orders made by them making Aadhaar mandatory for availing benefits

11 August, 2015: A three-judge bench of the Supreme Court restricts the use of Aadhaar to LPG and PDS scheme. Directs that no one should be denied the benefits rightfully entitled to them for the lack of an Aadhaar card

15 October, 2015: A five-judge bench reiterates that Aadhaar is not mandatory for availing any benefits. However, the bench expands the scope of the Aadhaar to include MNREGA, National Social Assistance Program, PM's Jan Dhan Yojna, and Employees' Providend Fund Organisation, in addition to PDS and LPG

26 March, 2016: The Aadhaar (Targeted Delivery of Financial & Other Subsidies, Benefits & Services) Act, 2016 is notified in the Gazette of India

5 January, 2017: The Supreme Court observes that data collection by private agencies is not a good idea

4 January, 2017: The Ministry of Labour and Employment and the Ministry of Rural Development makes the Aadhaar card mandatory for members and pensioners of the Employees’ Pension Scheme (EPS) and the Mahatma Gandhi National Rural Employment Guarantee (MGNREGA) scheme.

24 August, 2017: The Supreme Court upholds right to privacy as a fundamental right in historic judgement

21 October, 2017: The Reserve Bank of India clarifies that Aadhaar linking with bank accounts is mandatory

15 December, 2017: The Supreme Court extends deadlines for mandatory linking of Aadhaar card with all schemes and services to March 31, 2018

17 January, 2018: A five-judge Constitution bench of the Supreme Court commences hearing on the constitutional validity of Aadhaar linking to a number of government schemes

7 March, 2018: Supreme Court orders that the Aadhaar card cannot be made mandatory for National Eligibility-Cum-Entrance Test (NEET) and other examinations

20 March, 2018: Aadhaar petitioners conclude their arguments in the case pertaining to constitutional validity of Aadhaar in the Supreme Court

26 April, 2018: The Centre admits that its notification directing mandatory Aadhaar-SIM card linkage was not based on the Supreme Court order