Guilty of conflict of interest: Mallya and the curious case of businessmen MPs 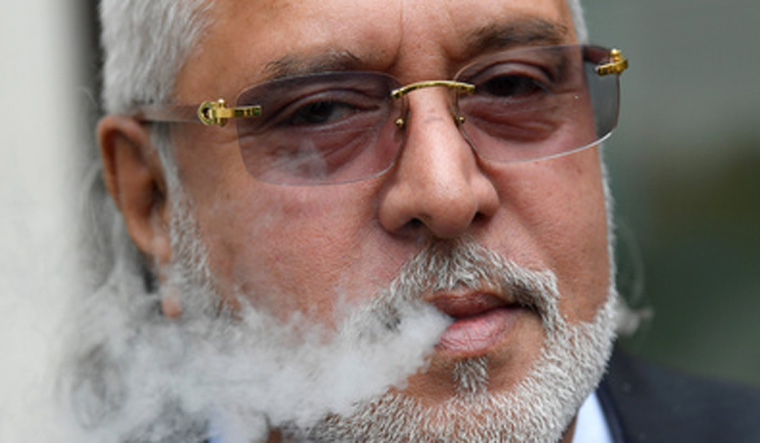 Union Finance Minister Arun Jaitley's rebuttal of fugitive liquor baron Vijay Mallya's claim of having met the minister before his flight to London is that Mallya had caught up with him in the corridors of Parliament for a brief exchange of words, and that there was no proper meeting between the two.

The implication of Jaitley's clarification is that Mallya made use of his position as a member of Rajya Sabha to pace up to the minister to purportedly discuss his proposal for reaching a settlement with the banks he owed money to.

However, Mallya may have used or rather misused his position as a Rajya Sabha MP for much more than merely reaching out to the finance minister even as the latter clarified that he had refused appointments to the liquor baron. This may well be a case study, providing a look into the complicated world of businessmen-MPs, who, as members of the various parliamentary panels, get into conflict of interest situations, but get condoned.

As an MP, Mallya was criticised for conflict of interest when he was put on committees that dealt with civil aviation even as he owned Kingfisher Airlines. As a member of those panels, he is learnt to have advocated major policy changes for the airline industry such as easing norms for allowing Foreign Direct Investment into Indian carriers. He had also batted for serving beer on domestic airlines.

At the time he flew away to London, Mallya was a member of the consultative committee for the ministry of civil aviation and the standing committee on commerce. Following his escape to foreign shores, the ethics committee of Parliament recommended his expulsion as an MP, taking a stern view of the businessman not disclosing his financial liabilities in his election affidavit.

There has been a debate going on about how businessmen MPs are guilty of conflict of interest when they are part of committees that study issues that are related to their businesses and make recommendations. Bidi baron Shyama Charan Gupta had made news around three years ago when he was a member of the Parliamentary committee of subordinate legislation, and did not recuse himself when the panel dealt with the issue of pictorial warnings on packaging for tobacco products.

He told the committee that the proposal for 85 per cent pictorial warnings on tobacco products would destroy the Bidi industry and harm Prime Minister Narendra Modi's 'Make in India' call. The Union health ministry had gone by the recommendation of the committee and decided to keep on hold the proposal for placing 85 per cent coverage pictorial warnings on tobacco products.

Some years back, there was a controversy over the role of three businessmen members—T. Subbarami Reddy, L. Rajagopal and Nama Nageswara Rao—on the committee on public undertakings.

There has been a demand for stricter norms to be put in place for the MPs to declare their financial interests, and for the same to be taken into account when the members are placed in Parliamentary committees. It was in this backdrop that Congress' Rajya Sabha MP E.M.S. Natchiappan had, in 2015, presented a private member's bill to bring in a law to curb conflict of interest. The bill is still pending.