Raising Rs 5,000 crore is an uphill task for the flood-ravaged state 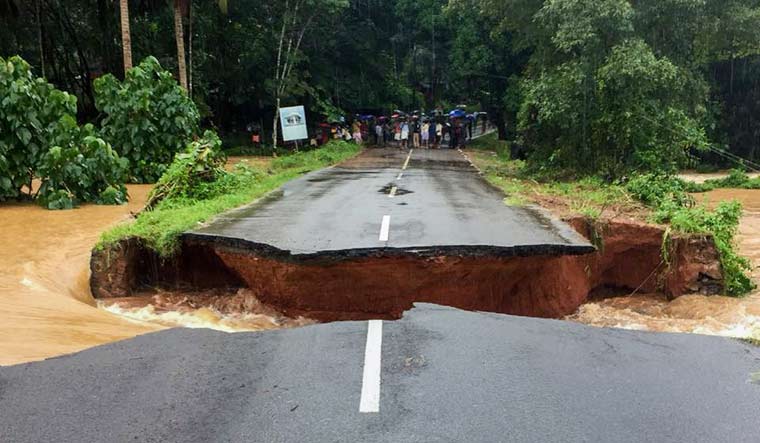 The Public Works Department (PWD) has assessed that it will take one-and-a half years to repair the roads and bridges wrecked in the unprecedented deluge in Kerala. The work is estimated to cost Rs 5,815.25 crore.

The Kerala government has sanctioned Rs 1,000 crore for emergency maintenance works. The challenge now is to raise over Rs 5,000 crore on top of the money being spent on the ongoing development projects.

The PWD suffered the maximum financial loss in the calamity, and is seeking Rs 4,978.08 crore for the reconstruction of roads, from small ones to state highways. The repair of national highways would need Rs 533.78 crore. Bridges wrecked in the flooding would require Rs 293.3 crore and government buildings Rs 10.09 crore.

The PWD says flooding battered a total of 34,732 km of roads, besides 218 bridges. Kottayam, Pathanamthitta, Idukki and Thrissur districts suffered the most. The department has already spent nearly Rs 5 crore to clean up roads on which dirt piled up. An additional Rs 18 crore had to be spent to remove rock and silt at 25 places where roads were destroyed in landslip.

The PWD needs Rs 368 crore to level potholes on 5,774 km road. The department plans to spend Rs 196 crore to build drainage so that roads do not get destroyed due to waterlogging in future.