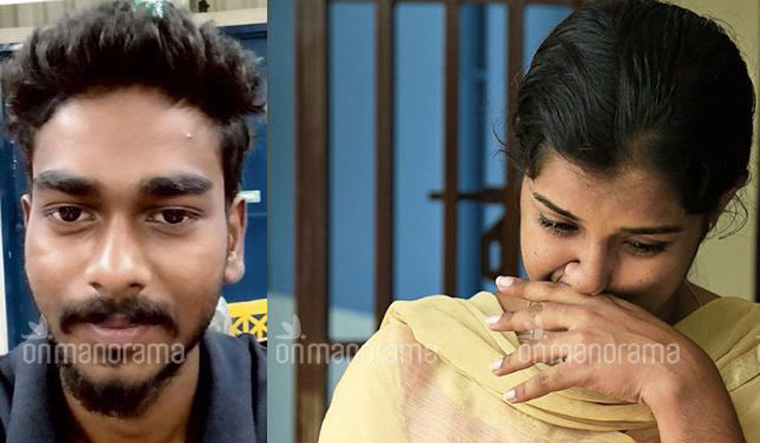 The police team investigating the suspected honour killing of Kottayam youth Kevin Joseph has reached the conclusion that he drowned in the Chaliyekkara waters as he tried to flee the gang of goons who kidnapped and assaulted him inside their vehicle.

The accused will, however, be charged with murder as Kevin fled as they threatened to murder him.

The police have reached the conclusion based on the post-mortem report, the statements of the accused and that of Kevin's cousin Aneesh who was also abducted along with the 23-year-old. An examination of the area where the body was found also supports the assessment.

The 23-year-old youth was abducted on May 27 by a 13-member gang allegedly on the instructions of his fiancee Neenu's family, who objected to their relationship. He was found dead in a river in Kollam on May 28.

His relatives alleged that Kevin was tortured and killed two days after he and Neenu filed a joint application for marriage registration at a sub-registrar office near Kottayam.

In all, 14 people, including Neenu's brother Sanu Chacko and father Chacko, were booked in the case.

The gang of goons led by Sanu Chacko had reached Aneesh's house to forcefully take away Neenu on May 27. As she wasn't there, they forced into the house and kidnapped Kevin and Aneesh.

The plan was to lodge them at a secret place in Vellimattam near Thenmala in Kollam, and force Neenu to come there. Kevin was brutally assaulted inside the car and threatened with death during the journey to Thenmala.

The goons offloaded Kevin from the car at Chaliyekkara and made him lie down on his stomach. Meanwhile Aneesh, who was in another vehicle, started vomiting and the gang assaulting Kevin rushed back, assuming that there was an accident.

That is when Kevin ran for his life. The finding is that he fell into the garbage heap on the left side of the road and rolled into the river.

The gang searched for him until 7 am, but failed to locate him. They then left, assuming that he had escaped.

The investigators have made it clear that the conclusions could change if the cause of death changes in the final post-mortem report, or if more details are available during a second stage of interrogation.