Kevin 'honour killing': Kerala cops to be named as accused 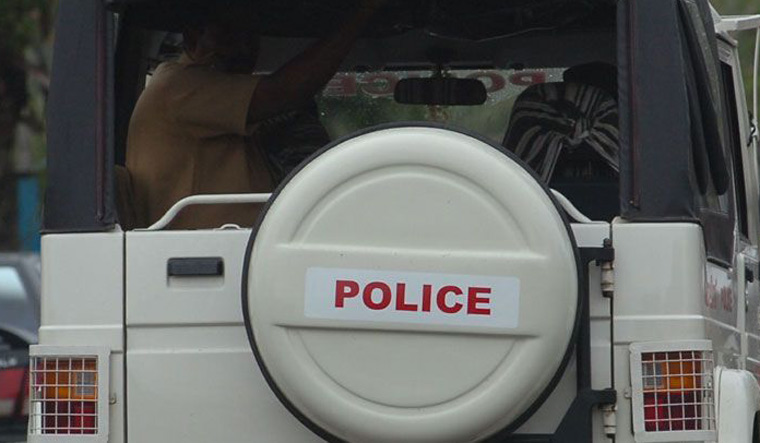 As probe into the suspected honour killing of Kerala youth Kevin P. Joseph widens, more police officers are under a cloud of suspicion for their complicity with the accused in the case and dereliction of duty.

Gandhinagar police station ASI Biju, who allegedly spoke with the culprits twice during the crime, has been suspended. He is likely to be named as an accused and will be slapped with charges of trying to hide the crime. Biju has been taken into custody and police are questioning him.

Earlier, Malayala Manorama had accessed an audio clip of a phone conversation between Biju and the main accused Sanu Chacko, the brother of Kevin's fiance Neenu Chacko. In the conversation, Sanu is heard telling the cop that "Kevin had escaped from their hands".

Meanwhile, sub-inspector Shibu, who was earlier suspended for laxity after Kevin's fiance alleged that he didn't act promptly on the missing complaint, is also likely to be named as an accused.

The sub-inspector was also part of the chief minister's security team during Pinarayi Vijayan's visit to the district. For three official programmes of the chief minister in Kottayam, a 400-member team was deployed that included four DSPs and six CIs. Earlier, Pinarayi Vijayan had refuted allegations that his security turned out to be a hindrance for the police to probe the missing complaint of Kevin. Pinarayi reiterated that his security was handled by a special team, and local police had no role in it.

The police are also probing charges that a patrol vehicle that reportedly apprehended the killer gang had taken money from them.

Kevin was abducted on Sunday and killed by a 13-member gang allegedly engaged by his fiance's family. His body was found in a river in Kollam district on Monday. His relatives have alleged that he was tortured and killed by the gang two days after Kevin and Neenu filed a joint application for marriage registration at a sub-registrar office in Kerala's Kottayam district.

Aneesh, who was abducted along with Kevin, said that he was threatened against making a complaint with the police.

Neenu too, had alleged laxity on the part of the police when she approached the Gandhinagar police station, near Kottayam town, with a missing complaint on Sunday. The police did not act even after she appealed to the sub-inspector that Kevin's life was in danger and he should be rescued, she said.

Neenu's father and brother, the prime accused, were taken into custody on Tuesday.

Chacko John, 50, and his 26-year-old son Sanu were detained even as the killing of Kevin rocked the state with a hartal hitting life in Kottayam. They have been brought to Kottayam and the cops are questioning them.