Claims of semen-filled balloons is 'a work against Hindu festivals': The Good Doctor 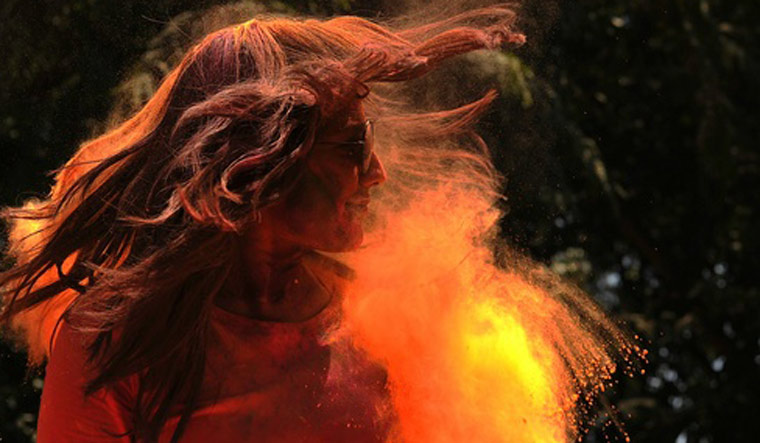 All of a sudden, Holi, the festival of clours, seems to have lost its charm, thanks to the increasing number of incidents of harassment faced by women in the national capital. A few women in Delhi have come out, narrating the ordeals they face in the name of Holi. One of the most sickening things the troublemakers seemed to be doing to women is flinging semen-filled balloons at them.

There have been protests by students in Delhi's Lady Shri Ram College and Jesus and Mary College against hooligans who indulge in this sickening practice. They are no longer willing to tolerate the harassment because, "chill, it's Holi (Bura na maano. Holi hai)." One such protest march by Pinjra Tod, an autonomous collective for protecting the rights of women students in Delhi University, was aptly titled Bura kyun na mano?

However, not everyone agrees that what is in the balloons flung at the girls is semen. A Twitter user, with the handle name 'The Good Doctor', rubbished these reports saying "A normal adult man can at best produce 5ml of semen on his first ejaculation, on subsequent ejaculations it will reduce and eventually cause dry painful ejaculations. Men do not have champagne bottle in their scrotum."

2) A normal adult man can at best produce 5ml of semen on his first ejaculation, on subsequent ejaculations it will reduce & eventually cause dry painful ejaculations. Men do not have champagne bottle in their scrotums

“Mixing any liquid including water with semen coagulates and destroys it. Arguments that semen was mixed with water or any liquid do not hold water...This is "Fertile imagination at work against Hindu festivals, culture and traditions" eventually to stop celebrating our festivals,” he said in a series of tweets.

“Oh..BTW semen is stored in straws of 0.5-1ml in liquid nitrogen tanks. It is unlikely that the balloon was filled with liquid nitrogen and semen as balloon cannot hold liquid nitrogen...It takes all of 5 minutes for semen to dry/solidify if it is exposed to atmosphere. That is why it is collected in specially made tubes in sperm banks,” he said in the next few tweets.

He tweeted these as a response to a journalist who asked on Twitter, “Are semen-filled balloons now an expression of "Hindu pride" during Holi?”

You really need to do some background work before tweeting gibberish