World Leprosy Day: All you need to know about the Disease overview by Ziqitza Healthcare 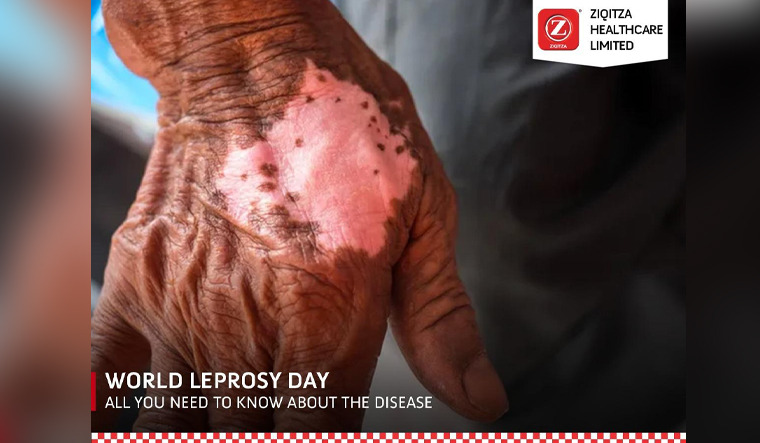 World Leprosy Day is an annual observance that takes place on January 30th to raise awareness about leprosy and to promote efforts to end the disease. Leprosy, also known as Hansen's disease, is a chronic, progressive bacterial infection that primarily affects the skin, nerves, and mucous membranes. It is caused by the bacterium Mycobacterium leprae and is transmitted through contact with the mucosal secretions or skin of an infected person. We at Ziqitza Healthcare Limited ensure that people should be aware of the fact that leprosy is curable, and it should not be seen as a shameful illness.

Dr. Santosh Datar from Ziqitza Healthcare Ltd remarked, in India leprosy has been a major public health concern for many years. According to the World Health Organization (WHO), India has the highest number of leprosy cases in the world, with over 60% of all global cases reported in the country. Despite significant progress in reducing the number of new cases and the elimination of leprosy as a public health problem, India still faces a number of challenges in its fight against the disease. Ziqitza Healthcare promotes the awareness of World Leprosy Day in India.

One of the main challenges is the lack of awareness and understanding of the disease among the general population. Many people in India still believe that leprosy is a curse or punishment from the gods, and as a result, those affected by the disease often face discrimination and social exclusion. This lack of understanding also leads to delayed diagnosis and treatment, which can result in more severe and disabling forms of the disease, remarked by medical experts of Ziqitza. Similar thoughts were shared by Ziqitza Punjab 108 team.

Another major challenge is the lack of access to early diagnosis and treatment. While leprosy is easily treatable with a combination of antibiotics, early diagnosis is key to preventing complications and disability. Many people in India, particularly those living in rural and remote areas, do not have access to the necessary health services and may not be diagnosed until the disease has progressed.

ZHL Punjab team says, Despite these challenges, there are many organizations and groups working to raise awareness about leprosy and to improve access to early diagnosis and treatment in India. The WHO and the Indian government have also been working together to implement a number of strategies to eliminate leprosy as a public health problem, including strengthening case detection and treatment, and addressing the social and economic issues faced by those affected by the disease. Ziqitza Rajasthan also worked closely with Asha Workers to educate about leprosy.

The World Health Organization (WHO), working through their Indian office, has been a big contributor to the National Leprosy Eradication Programme (NLEP). WHO ensures that there is an uninterrupted supply of the specific drugs needed for multi-drug combination treatment of leprosy. WHO also helps with planning, capacity building, community education, monitoring and supervision and the organization and execution of campaigns. WHO state and zonal coordinators provide technical assistance at the national level to help other countries implement the national programme for NTDs.

Leprosy is endemic in several states and union territories of India, with the annual case detection rate of 4.56 per 10 000 population. The prevalence rate of leprosy is 0.4 per 10,000 population in the country. Of the new cases detected during 2020-2021, 58.1% were multibacillary, 39% were women, 5.8% were children less than 14 years of age, and 2.41% had visible deformities. The rate of visible deformities was 1.1 per million population. ( Source: www.who.int/india/ ).

In conclusion, World Leprosy Day is an important reminder of the ongoing efforts to raise awareness about leprosy and to eliminate the disease. While India has made significant progress in reducing the number of new cases, there is still much work to be done to ensure that everyone has access to early diagnosis and treatment, and to combat the social stigma and discrimination faced by those affected by the disease.