Is Omicron a boon or bane? That is the million dollar question, say experts 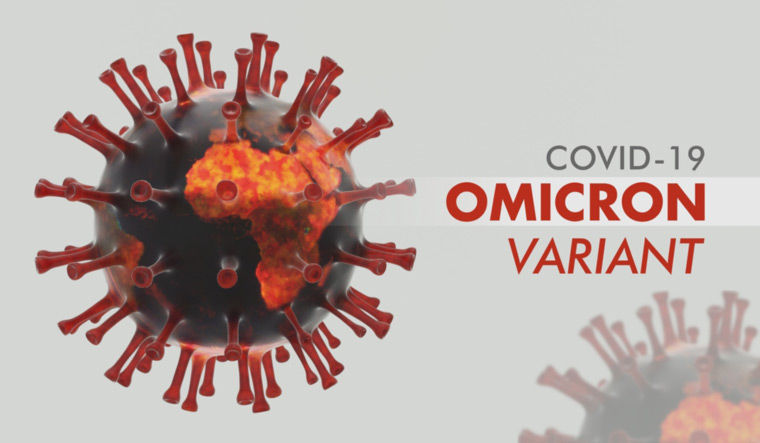 With a rising number of coronavirus Omicron cases reported across the globe, inducing a third wave of the pandemic in India, the chances are that it will soon replace Delta as dominant global variant. The trend was already visible in the US, where Omicron has taken over Delta as the dominant strain.

So, how should we view this data? Many have argued that the rise of Omicron is not necessarily a bad development, and it might mark the end of the pandemic. The variant is, as per the data in hand, a lot less virulent than Delta. So, the fatality rates might be reduced. On the flip side, there is a threat of hospital systems being overpowered if faced with a rush of patients. Also, the Omicron was not common cold, the Centre had stated last week, stressing the need to take the third wave seriously and to observe appropriate protocols.

What do experts say?

In an exclusive interaction with THE WEEK,  Dr T. Jacob John, India’s top virologist, said: "We don’t know whether Omicron will end the pandemic, or if it is a detour. We are clueless as to whether Delta is going to disappear or whether Delta and Omicron will simultaneously co-circulate. So, the lucky ones will get Omicron first and have good immunity against Delta. The unlucky ones will get Delta first. These are all probabilities. We can’t make any assumptions right now,’’ added John.

Answering a query on whether Omicron is a boon for the pandemic-stricken world, John said: "In a way, Omicron is infecting a whole lot of people without too much death and economic devastation. In African countries, Omicron will spread faster with very little consequences, except for the elderly population and those with comorbidities. Omicron will take a big toll on the vulnerable population. However, the rest of the community will be protected against Delta. Omicron induces good immunity against Delta. Meanwhile, it is a bane as it is causing devastating infections all around the world."

Omicron has far too many mutations. "It is not derived from the orginal coronavirus directly. Neither has it originated from Alpha, Beta, Gamma, Delta, or any of the known variants. It raises the question how Omicron acquired so many mutations unknown to scientists. Omicron is challenging  scientists. It is telling us ‘you are not smart enough to figure me out'," says John.

WHO has warned that more than half of Europe’s population will be infected with Omicron in the next two months. Hans Kluge, the WHO’s Europe director, said the variant has been reported in 50 of the Europe region’s 53 states. Omicron cases have "exploded in recent weeks" in Denmark. Omicron is nearly four to five times more infectious than Delta. "That is because of mutations in the protein which make it easier for the cells to be attacked," said virologist Dr V. Ravi.

Dr Arvind Kate, a top chest physician and pulmonologist at Zen Multispeciality Hospital, Chembur, got infected with Omicron last week. Quarantine has been a time for reflection and introspection for the 43-year-old. "Hopefully, coronavirus strains will become milder with each change, and thus we may see the end of this pandemic,’’ says Kate, starting the conversation on a positive note. Kate’s wife, an anesthesiologist, was the first one in the family to test positive. Their nine-year-old son soon caught the infection. "We take simple paracetamol and multivitamins," he says.

Omicron causes milder symptoms compared to Delta and other earlier variants, but we cannot afford to be complacent. The highly mutated variant hits children hard. "In the last few weeks, we have seen a massive surge of cases’’, says Dr Amin Kaba, consultant paediatrician, Masina Hospital, Mumbai. "Most of the children come in with low-grade or high-grade fever, pain in the throat, soreness, cough, cold, upset stomach, nausea, vomiting, fatigue and weakness."

Dr Srikanta J.T., consultant, paediatric interventional pulmonology and sleep medicine, at Aster CMI Hospital, Bengaluru, says: ‘’What is more concerning is that almost all kids in contact with a positive adult are getting infected, which again re-emphasises the infectiousness of the Omicron variant. The only silver lining is that most of them have fever and fatigue, which is getting better with symptomatic treatment, and probably only a miniscule fraction requires hospitalisation and paediatric ICU stay,’’ he adds.

As per the latest data, Maharashtra continues to be the worst hit state from Omicron.

According to Gaurav Gupta, commissioner, Bruhat Bengaluru Mahanagara Palike, at least half of all coronavirus cases reported in Karnataka could be Omicron.

The overall numbers can go very high, says Dr V. Mohan, chairman of Dr Mohan’s Diabetes Specialities Centre in Chennai. Right now, the hospitalisation and mortality rates seem to be low. But, if India ends up with several million cases, the health systems could get overwhelmed, he warns.

It is important for people with comorbidities to be careful, says Mohan. "Everyone with diabetes should keep their sugar levels under control. In the first wave, there was no mucormycosis. In the second wave, there was a sudden surge in cases of mucormycosis. We still don’t know why it happened. In the third wave, if people with diabetes don’t keep their sugar levels under control, mucormycosis may come back again, and, along with it, newer, deadlier infections could also set in. Hence, it is important to keep the diabetes under good control," he said.

Dr Jaya Sreedhar, public health adviser at Internews, however, has a word of caution for those who generalise Omicron infections as ‘mild or asymptomatic’, and lower their guards thinking the variant doesn’t cause hospitalisation and deaths among vulnerable people. "The same behaviour that spread Omicron also spread the other variants and cause new ones to arise." Sreedhar, who always sees the glass as half-full, added as an afterthought: "Two years on, there is so such widespread pandemic fatigue that Omicron almost feels like good news. I see it as one more call for greater investment into public health, particularly for surveillance, for indigenous vaccine research and manufacture, as well as for educating and equipping communities with self-care innovations that can build resilience in the long run.’’

The public health community must rally at this point for governments and investors to accord pandemic preparedness and public health high priority, she adds.