Two cases of Monkeypox reported in the UK: What is it and how is it similar to smallpox?

Existing vaccines can be used to protect against Monkeypox 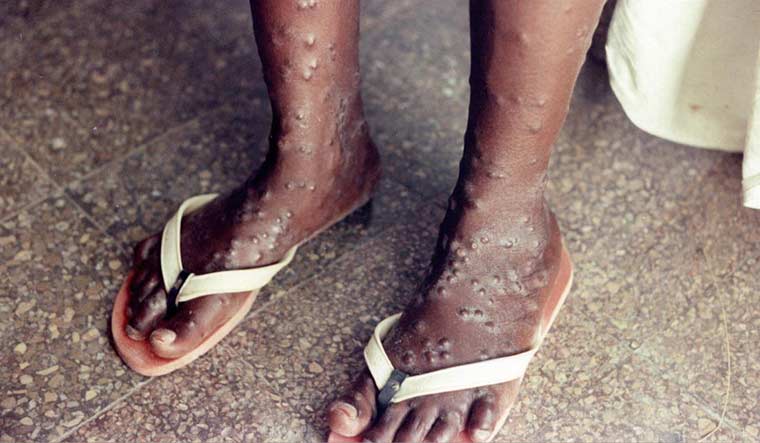 With the eradication of smallpox in the 1980s, a disease that killed hundreds of millions of people in the 20th century has been put to rest. However, a virus from the same family, monkeypox, has been reported in a handful of places, with two cases recently found in North Wales in the United Kingdom.

Both the infections were believed to have been contracted from outside the UK, authorities said. While monitoring and contact tracing is taking place, the risk to the general public is very low, Public Health Wales said.

Monkeypox is a viral zoonotic disease that occurs primarily in tropical rainforest areas of Central and West Africa and is occasionally exported to other regions, states the World Health Organisation. Transmission occurs from direct contact with the blood, bodily fluids, or cutaneous or mucosal lesions of infected animals.

Its symptoms are like those of smallpox, with fever, headache, back pain, muscle aches, and a lack of energy, accompanied by a characteristic skin eruption.

According to the NHS, "a rash usually begins 1 to 5 days after the first symptoms appear. The spots often start on the face before spreading to other parts of the body. During the illness the rash changes from raised red bumps, to spots filled with fluid. The spots eventually form scabs which later fall off."

The case fatality ratio can go up to 11 per cent, reports the WHO.

Luckily, one of the vaccines used to inoculate against smallpox, Vaccinia, has also proven to be protective against monkeypox.

According to the US Centres for Disease Control (CDC), the "Smallpox vaccine, cidofovir, ST-246, and vaccinia immune globulin (VIG)" can be used to control a monkeypox outbreak.

The virus was first identified in the Democratic Republic of the Congo in 1970. It has since been reported in may countries around the world, including in the United States in 2003.