Scientists want to develop vaccines by understanding how the virus mutates 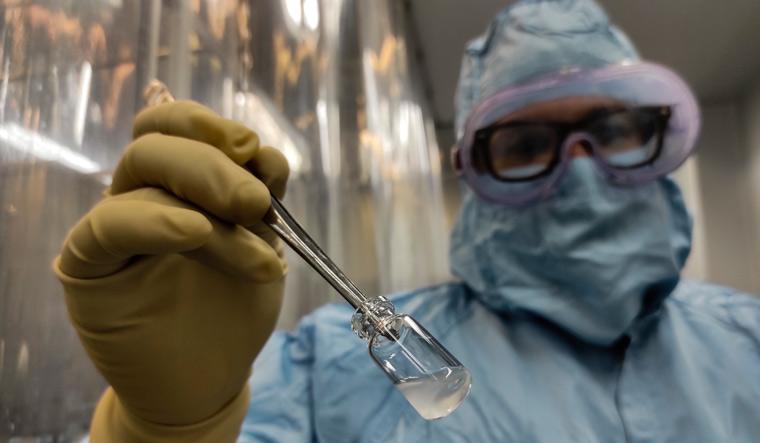 Researchers at a British university have released new findings which could shed light on why the UK variant of the novel coronavirus is more infectious.

The B.1.1.7 variant of SARS-CoV-2 was discovered in Kent, UK in December 2020, and has since spread across the globe, contributing to the increase in cases being seen in Europe and Britain's own second wave of the pandemic earlier in the year, Shefield University said in a press release on Friday.

SARS-CoV-2 is the strain of the coronavirus that causes COVID-19.

As well as mutations to the spike protein' the virus uses to hijack our cells, researchers at Sheffield University have found that an additional mutation in the nucleocapsid gene could affect the viruses subgenomic RNA production which could make it more effective at evading our immune systems, allowing more replication and resulting in the higher-viral load and increased transmissibility of this variant.

The research team, one of the first nationally to publish sequenced genomes of the COVID-19 virus, also discovered an entirely new subgenomic RNA, which contains the instructions for what could be a protein called ORF9b. Present in increased amounts in the UK variant, ORF9b has previously been shown to regulate our immune response.

Our analysis also detected a new subgenomic RNA message in the B.1.1.7 variant which contains the instructions for a protein (ORF9b) that has been shown to regulate our immune system's response to the virus.

"If B.1.1.7 is better at regulating our immune response it could explain why it spreads faster than other variants, and why it may be associated with a higher-viral load, said scientist Matthew Parker from the University of Sheffield's Department of Neuroscience.