A year of challenges and opportunities for India’s health sector 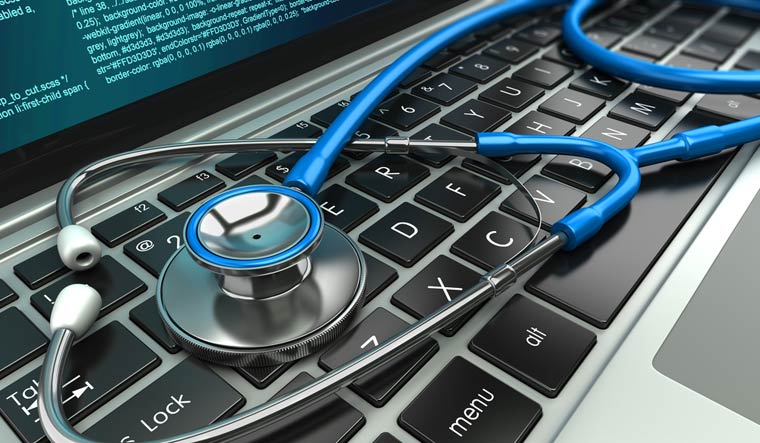 The unprecedented pandemic has upturned lives in ways no one could ever imagine and has seen disruptions in almost all aspects of society. For the past 11 months, India’s war against coronavirus has witnessed multiple lockdowns and phased relaxations even as the total number of cases crossed the grim milestone of one crore.

However, every challenge comes with a bundle of opportunities, so does the COVID-19. The new disease, despite leaving its devastating effect across the sectors—from lifestyle to education to economy, has opened a wide window of opportunities for the government to restructure and reform the Indian health industry which has been in a bad state of repair.

India's spending on healthcare—less than 1.5 per cent of the GDP—has been among the lowest in the world while in developed countries, it is somewhere between 10-18 per cent. This has invariably led to a poor public health infrastructure in the country, forcing people to spend more on medical expenses.

However, the pandemic has promptly impelled the government to review the budgetary allocation and enhance the health infrastructure to ensure quality and timely healthcare and to prepare itself to meet similar challenges in the future. According to reports, the government is considering a 50 per cent increase in its budgetary allocation to the medical sector next year. Also, it plans to infuse higher amounts into the sector through Rs 111-trillion five-year investment plan.

As the pandemic and the ensuing economic recession negatively affected millions of lives, the Centre had announced a package of Rs 15,000 crore to support states’emergency response and the preparedness of their health systems. The first installment of Rs 3,000 crore was released in April while the second tranche of financial assistance worth Rs 890.32 crore was released in August.

This money is being used to strengthen public health facilities and infrastructure for testing, treatment and development of ICU beds. The money is also being used for installation of oxygen generators, cryogenic oxygen tanks and medical gas pipelines in public health facilities and procurement of bed side oxygen concentrators and arrangements for sufficient oxygen supplies.

The Indian healthcare sector, which grappled with the lack of basic infrastructure, was not equipped to address a colossal crisis like the COVID-19. The country had 8.5 hospital beds for 10,000 citizens and eight doctors per 10,000 people before the outbreak. The lack of medical infrastructure, including adequate number of life-saving ventilators, had posed a major question over India’s ability to tackle the disease.

However, the health ministry and the industry players rose to the occasion and within a year the country became self-reliant in the manufacture of medical devices, personal protective equipment (PPE) and ventilators. With over 600 companies in India now certified to manufacture PPEs that include coveralls, N-95 masks and gloves, the country produces 4.5 lakh PPE suits daily. With the support of the textiles ministry, several apparel manufacturing units have tweaked their production units to stitch PPEs. From being a net importer of PPE kits, India exported 23 lakh PPEs to the US, the UK, Senegal, Slovenia and the UAE in July.

In the meantime, according to official data, the number of oxygen-supported beds has increased from 57,924 to 2,65,046 between April and October while the number of ICU beds and ventilator beds increased more than three times during the pandemic.

According to a Brookings estimate, there were only 17,850 to 25,556 ventilators in the country before the pandemic and importing a ventilator had cost around Rs 10-20 lakh. However, as the demand grew, several Indian firms started manufacturing the life-saving ventilators and their competitive pricing has now made the units available at a price of Rs 1.5 to 4 lakh in the domestic market.

According to a study by the World Health Organisation, lack of trained health professionals was obviously a major constraint on India's ability to achieve health delivery. The shortage of health workers had severe repercussions on health access and had adversely affected the country's COVID-19 response in the initial stage.

India has one physician for every 1,404 people and 1.7 nurses per 1,000 people, according to the Ministry of Health and Family Welfare—far below the benchmark of WHO which stipulates one doctor and three nurses per 1,000 people. "To reach the Chinese level of density of doctors we would need an additional 700,000 doctors but the capacity of our medical universities at the time was limited to producing only 30,000 doctors per year. It has increased since then, but hardly to the level which would allow early closing of the gap," the WHO had said in its 2016 report.

Also, India's healthcare professionals are primarily concentrated in urban areas, severely affecting the health access of people in rural regions. According to WHO, the density of doctors in urban areas was four times the rural areas in India. This disparity, which was highlighted during India’s COVID response with a lot of rural patients finding it difficult to access quality healthcare, needs to be addressed at the earliest.

COVID-19 has given the government a great opportunity to address this issue even though bringing qualified health workers to rural, remote, and underserved areas is very challenging. A Lancet study early this year remarked that a comprehensive national policy for human resources is needed to achieve universal health care in India. The public sector will need to redesign appropriate packages of monetary and non-monetary incentives to encourage qualified health workers to work in rural and remote areas, it said.

Round the clock availability of manpower resources and competences is crucial to battle a pandemic like the coronavirus. However, the shortage of staff has left the frontline workers in tremendous stress as they are forced to work without any break. The IMA had recently raised this issue, pointing out that such a situation has reduced their productivity and impacted their morale.

Speaking at IISF 2020, Prime Minister Narendra Modi claimed that with digital advances, India is becoming a centre of evolution and revolution of global high-tech power. However, the COVID-19 proves that India needs to do more on the integration of digital technology into pandemic policy and response even though the country had taken a few steps like indigenously developing the Aaarogya Setu app.

The pandemic has prompted tech start ups across the globe to explore leading-edge innovations to assist the administrations and healthcare workers to tackle the virus spread. Digital health technology can facilitate pandemic strategy and response in ways that are difficult to achieve manually, says a Lancet article. It points out that several countries have integrated digital technology into government-coordinated containment and mitigation processes—including surveillance, testing, contact tracing, and strict quarantine—which could be associated with the early flattening of their incidence curves. According to the article, Big Data and Artificial Intelligence (AI) have helped facilitate COVID-19 preparedness and the tracking of people, and so the spread of infection, in several countries. AI can facilitate rapid diagnosis and risk prediction of COVID-19.

“In the race to contain the spread of a highly transmissible virus, countries that have quickly deployed digital technologies to facilitate planning, surveillance, testing, contact tracing, quarantine, and clinical management have remained front-runners in managing disease burden,”the Lancet says. India should take a cue from these integrated digital technologies while preparing for COVID-like challenges in future.

“Of the lessons that I have learned over the last nine or ten months, the most important one is the importance of investing in public health and primary healthcare," said WHO chief scientist Soumya Swaminathan. According to her, the countries where investments in primary healthcare over the past decade have paid off. “On the contrary, you have high income countries where they've been overwhelmed and haven't been able to put in place some of the mechanisms that have been needed,”she said while addressing an event in Geneva.

India’s scanty expenditure on the public health sector has forced millions of people to seek medical services from the private sector which remains largely unregulated. The pandemic has underscored the need to revamp the public health system, by augmenting the health infrastructure and human resources.

The two issues which need to be addressed urgently are underinvestment in and poor governance of the health sector. This is imperative to ensure access to quality and affordable healthcare to millions of poor and marginalised people. Since the inequality in the distribution of health services has adversely affected the country’s progress, the need of the hour is political will and policy making.

Role and regulation of private sector

Private sector brings 3.3 per of the GDP to healthcare in India and during the pandemic, we found the sector filling several gaps in the public healthcare delivery. In its report submitted to the Parliamentary Standing Committee on Health and Family Welfare, the IMA points out that India has a vast, highly competent private health sector that has the trust of the community, and has the capacity to provide access to all kinds of health care services, from primary to tertiary care.

According to an NCBI report, “Despite the suspicions of the people who use the service that many private providers of health care perform unnecessary diagnostic tests and surgical procedures, Indians are choosing the private sector in overwhelming numbers. This is because the public alternative is so much worse, with interminable waits in dirty surroundings with hordes of other patients”.

The pandemic has provided the government a better opportunity to rework on the strategies to strengthen the public-private partnership and assist the private sector in realising public health goals. India needs to adopt certain policy changes to leverage private sector resources to combat a pandemic.

However, certain regulations are also needed to check the undesirable practices like over-billing which some private hospitals allegedly continued even during the pandemic. Some states have already taken steps to enforce price regulation. Besides, a section of private hospitals has been found rampantly administering experimental medicines like remdesivir without taking informed consent from the patient. There were also cases where the insurers refused to reimburse the COVID-19 treatment expense at some of the hospitals citing the “unreasonable”billing.

The pandemic has emphasized the increased demand to bring regulatory reforms in the private health sector which should be made accountable to both the government and the public.

Indian health industry is expected to reach 372 billion USD by燦and as the IMA noted in its report, the country has the potential to become the ‘hospital’for the world by providing world class healthcare to the global community. However, the government needs to develop a comprehensive healthcare policy, keeping in mind that the small clinics and nursing homes are the backbone of the country’s primary and secondary healthcare. Research should focus on preventive measures to tackle future outbreaks of serious infectious diseases.