Is 2020 also the year of the "zombie mutant killer mink"? 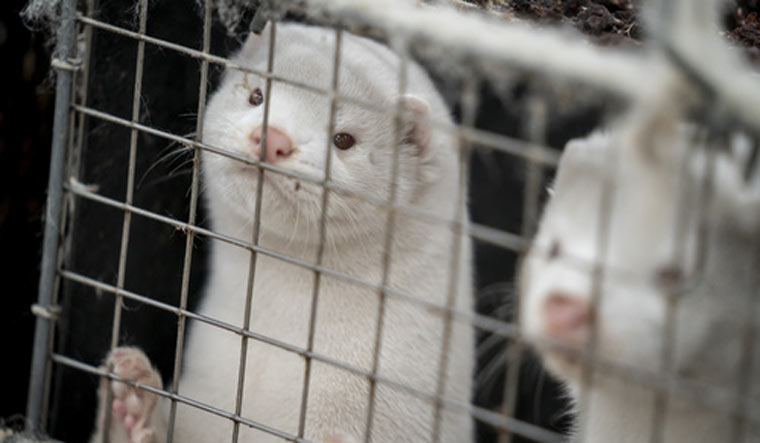 Minks which were culled to prevent a mutated form of coronavirus sparked panic when "they rose up from the graves" in Denmark, according to multiple reports. As the bodies of the animals decayed, gases formed, which expanded and pushed the bodies up from the shallow graves. In essence, the graves look like something out a zombie uprising movie, and the authorities are countering by covering them with extra layers of soil.

The Guardian reported that photos and videos of the emerging bodies have set social media buzzing in Denmark, with one Twitter user calling 2020 “the year of the zombie mutant killer mink” and another calling on the population to “run … The mink are coming for you.”

Fears that a new strain could potentially pose a risk to the effectiveness of contemporary vaccines against COVID-19 prompted the Danish government to order the culling of its entire population of mink—numbering 17 million. While the initial order was later deemed illegal, it was since approved by the country’s parliament. However, the country’s agriculture minister resigned over the mistake, with calls for the prime minister to follow.

The PM had defended the decision to cull the country’s mink, saying it was based on the assessment of health authorities. Nearly 300 people were found with variants of coronavirus containing mink-related mutations. One variant, termed ‘Cluster-5’ which was found in five farms and 12 people, has sparked concern over fears this variant could be less responsive to antibody treatments or vaccines.

Mink-related mutations of coronavirus have so far been reported in Denmark, South Africa, Switzerland, the Faroe Islands, Russia and the US.

Thousands of mink had earlier been found dead in the US after getting infected by COVID-19. Spain culled over 90,000 mink in May after finding they had been infected by the coronavirus, killing them in order to prevent the virus from spreading back to humans. Over one million mink have been culled in the Netherlands alone.

The World Health Organisation has urged caution in dealing with the mutation while saying that there is currently no evidence that the new strains could affect vaccine efficacy.

WHO chief scientist Soumya Swaminathan on Friday said it was too early to jump to conclusions about the implications of the virus on vaccine efficacy.