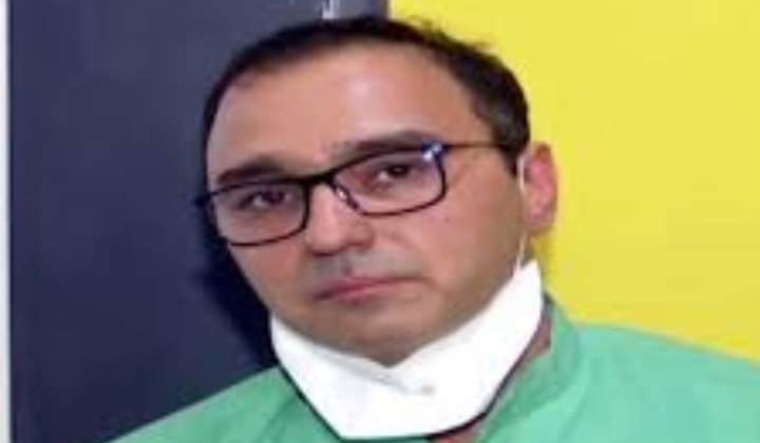 The death of the first coronavirus patient (P796) who underwent the convalescent plasma therapy (CPT) in Karnataka is heartbreaking not just to the family, the doctors and the investigators of the clinical trial, but also to the common man. CPT is seen as a hope for COVID-19 patients with severe infection, especially since there is still no vaccine or known cure for the deadly coronavirus.

Dr U.S. Vishal Rao is the principal investigator from Healthcare Global (HCG), which, along with Victoria hospital (attached to Bangalore Medical College and Research Institute [BMCRI]), had got the DGCI approval for phase 1 clinical trial of plasma therapy. Dr Rao takes us through the dilemmas and the challenges faced during their first-ever attempt of plasma therapy, in an exclusive interview with THE WEEK.

When did the patient undergo plasma therapy?

The 60-year-old patient was admitted to Victoria hospital on May 10. He was put on a ventilator by the following evening. On May 12, we (HCG) were asked to administer the plasma as the patient was rapidly deteriorating.

What was the patient's medical history?

He was a cardiac disease patient, hypertensive, with uncontrolled diabetes and had not taken medication for six months.

At what stage was the HCG called in for carrying out the therapy (clinical trial)?

We were called in by the Victoria doctors, saying the patient had (oxygen) saturation level below 93 per cent and needed ventilation. They asked if we had any plasma ready. We did the blood group matching and thankfully we had the plasma.

Was he eligible for plasma therapy?

Yes. Our study involves two groups of patients who qualify for the therapy—the severe cases where the patient is breathless but not on a ventilator, and the critical patients who are on ventilator.

How did the patient respond to the plasma therapy? What went wrong?

Therapy was successfully done and the patient showed signs of recovery for 48 hours as his oxygen saturation level was improving. But suddenly, he had cardiac arrest owing to his diabetes, hypertension and also the infection.

Were you prepared for an adverse outcome?

It is a known fact that 86 per cent of the patients on ventilator never make it. The question was whether to do the therapy only on favourable patients or genuinely do it on all eligible patients. We had decided we will have no bias in the selection of the patients as it would ask pivotal questions to the world. Many studies have suffered due to selection bias as it amounts to manipulation of the results. To prove the efficacy of the study or the lack of it, we had to be unbiased in the selection of our patients.

Considering the chances of survival were bleak, did you take a big risk?

We went by the protocol. We decided to go ahead with the therapy because the patient was eligible and there was no way we could find out whether the patient falls in the 86 per cent bracket (who don't make it after being put on ventilator) or the 14 per cent category, who survive.

Who is the final authority to decide whether to go ahead with the therapy or not?

The trial coordinators and the director of Victoria hospital [decide].

Is the patient's family taken onboard during decision making?

This is a clinical trial and the patient's family is counselled and their consent is mandatory for carrying out the therapy. And the clinical decisions are also taken without any bias. We cannot be tempted to take up easy patients for the sake of easy success. It becomes ethically wrong.

As a researcher, how do you look at the outcome of this therapy?

The case has sure raised several important questions. First, what is the viral load at which the patient, who seemed normal, suddenly deteriorated? Should plasma therapy be done earlier in the patient. And if done earlier, how early should we start the therapy? How do you select the patient? Is it based on the viral load, neutralising antibody titre. I believe this trial will give answers to the world in a very big way.

What is the exact dose of plasma (a blood component) to be given to the patient?

It is still unclear as to what is the classical dose of plasma to be given. The ICMR and WHO prescribe a standard dose of 500 ml.

Was there a delay in administering the plasma?

No. It was not late intervention (therapy) as it is a clinical trial and we cannot empirically give it. There is a clear norm laid out by the DCGI. The patient had not yet reached the eligibility criteria (oxygen saturation level of less than 93 per cent) on Monday to be taken into the trial.

There have been success stories. But do you think the co-morbidities in this particular case impacted the outcome?

Absolutely! The COVID-19 data coming in from across Karnataka says co-morbidities are more concerning and a bigger hurdle than age.

Is co-morbidity the only factor affecting the efficacy and safety of the therapy?

No. The neutralising antibody titre is equally important. The titre (test that detects the presence and measures the amount of antibodies in a person's blood) is not available in India right now. You need a bio-safety level-3 lab and the live virus to test. This test can help derive the accurate dose of the plasma needed for a given viral load (in the patient's blood).

Did the doctors have any other option to save the patient?

Sadly, none; we had to just watch him sink.

How do you look at this failure?

Today, I told the media we had lost the case. I too was praying that the patient comes out of danger. But it did not turn out that way. We also learnt valuable lessons. Without a bias, we are fast-tracking the result. We want the truth to be known. This is phase 1 of the trial registered by the WHO. We want to give some clear answers to the world.