Pros and cons of vaping debated at Global Forum on Nicotine 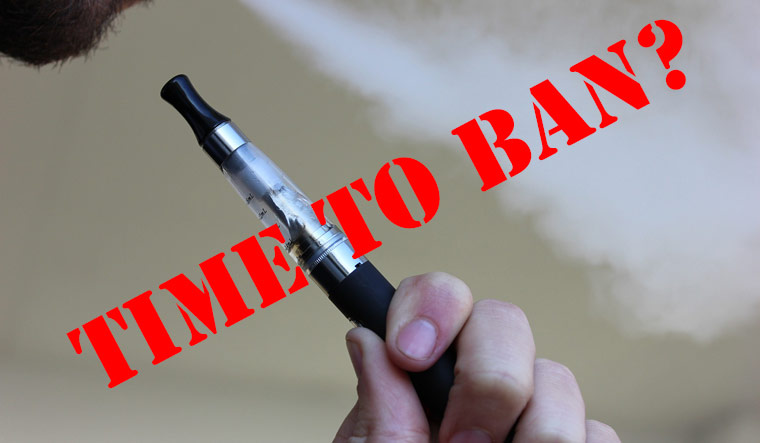 As a debate rages in India over the use of e-cigarettes as a harm-reduction product and its impact on the younger generation, healthcare professionals from around the world gathered in Poland to discuss safer use of nicotine.

Electronic Nicotine Delivery Systems (ENDS), popularly called e-cigaretted, are battery-powered vaporisers that simulate the effects of smoking by providing some of the behavioral aspects of smoking, such as the hand-to-mouth action, without combusting tobacco in the process.

Presently, about 3 per cent of adults in India are aware about e-cigarettes and an estimated 0.02 per cent of the population use it.

Going tough on e-cigarettes, the health ministry has proposed to classify such alternative smoking devices as "drugs" under the Drugs and Cosmetics Act, in a bid to ban their manufacture, sale, distribution and import.

The Global Forum on Nicotine held last week in Warsaw saw the participation of over 600 delegates from around the globe who discussed safer use of nicotine.

Several healthcare professionals from India who participated in the conference debated how regulation not ban would be the way forward in dealing with ENDS.

Bharat Gopal, a Delhi-based pulmonologist at the National Chest Centre, said there is a need to give an opportunity to doctors to be able to give option of harm reduction products to its patients who are heavy smokers.

K.K. Agarwal, a cardiologist and Padma Shri recipient, firmly believed that regulation is the way forward.

Professor R.N. Sharan of North-Eastern Hill University, who was part of the team that conducted the first Indian study by experts on the health and safety implications of ENDS, said there is a need to strengthen smoking cessation methods in India.

"Food products we consume every day like tomato has nicotine in it. These are scientific facts so the point I want to make is that regulation of the products must be done, he said.

Samrat Chowdhery, who leads consumer advocacy in India with a focus on tobacco harm reduction for users, said there is a need to try more preventive measures in a country like India which is the second largest consumer of tobacco in the world.

"More people die from smoking cigarettes than from malaria, HIV and tuberculosis combined and the World Health Organisation (WHO) estimates that by the end of the century, one billion people will have died from a smoking-related disease," Stimson said.

"This is a public health emergency on a global scale. It's essential that people around the world have access to and are positively encouraged to switch away from cigarettes to safer nicotine products," he said.

Even as healthcare professionals batted for regulation not ban of e-cigarettes in Poland, several experts in India feel that nicotine is a highly toxic chemical.

"In fact, it will not be an exaggeration if it is considered a poison. Therefore, any nicotine product should be taken under strict medical supervision for controlling withdrawal symptoms during cessation therapy," said Pankaj Chaturvedi, Deputy Director, Tata Memorial Hospital.

"I laud the Government of India for taking a tough stand against these newer nicotine delivery devices. We should not commit the same mistake by allowing ENDS like the US that is regretting their decisions," he said.

"Currently, we are facing the new challenge of ENDS and as doctors are deeply concerned since it's being promoted as a harm reduction device. In reality, these new nicotine products are just another way for the companies to increase their profits, as well as aggressively marketing it to youth with no concern about the impacts of lifelong nicotine addiction on the users, he said.

According to WHO, more than 10 million die each year due to tobacco use in India and there are about 120 million smokers in the country.

In August last year, the Health Ministry issued an advisory to all states and Union Territories to stop the manufacture, sale and import of ENDS.

The Indian Council of Medical Research has recommended a "complete" ban on e-cigarettes, saying their use can initiate nicotine addiction among non-smokers, but the debate on its health impact is a continuing topic of discussion between experts.