All you need to know about India’s e-cigarette ban 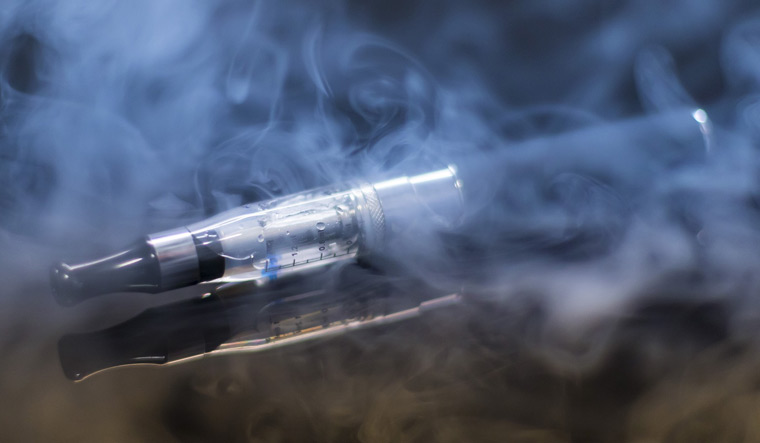 Citing health concerns and rising addiction rates amongst the youth, the union cabinet has decided to ban e-cigarettes in the country. An ordinance will be promulgated to ban the production, sale, advertisement or import such products.

The government said there is “global evidence” of the health hazards caused by e-cigarettes and this is a “big step” towards weaning the youth away from these products. However, government spokespersons addressing the presser on the Cabinet's decision, evaded questions as to why no action has been taken against conventional cigarettes, that were the biggest cause of cancer and other health problems.

However, in India, she said, ground reports suggest people try it as a “style statement”. Initially, electronic cigarettes were positioned as aids to help people quit smoking gradually. Electronic-cigarettes are battery-operated devices that produce aerosol by heating a solution containing nicotine, which is the addictive substance in combustible cigarettes.

The minister was the head of the Group of Ministers which was set up to look into this issue. In response to questions on why conventional cigarettes were not banned, Union Minister Prakash Javadekar said that the suggestion had been “noted.”

Health Secretary Preeti Sudan said the ministry had received several suggestions from reputed health organisations such as ICMR, AIIMS Jodhpur, and several private hospitals asking for a ban on e-cigarettes. She said there cannot be a debate as to why conventional cigarettes have not been banned, adding that at least a right step has been taken. She sought the media's help in propagating the decision.

After the Ordinance, the government will bring a bill in the next parliament session. Under this legal provision, the production, manufacturing, sale, distribution, advertisement, export and import of e-cigarettes or vapes is punishable with jail up to one year and fines up to Rs 1 lakh for first time offenders. Repeat offenders will face jail time up to three years and fines up to Rs 5 lakh. Storage of electronic-cigarettes shall also be punishable with an imprisonment up to 6 months or fine up to Rs 50,000 or both.

According to the health ministry officials, the government had earlier issued an advisory in 2018 to all states to consider banning e-cigarettes. 16 States and 1 UT have already banned e-cigarettes in their jurisdictions.

“It proposes that a safer alternative to smoking is sought to be banned while the more dangerous product will continue to be sold. Taking the Ordinance route itself was a clear evidence of the fundamental unsustainability of the Government’s position. This ban on e-cigarettes on basis of ‘selective sourcing of scientific and medical opinion’ and without holding a single stakeholder meeting is nothing short of a complete murder of democratic norms.”

The immediate impact of the government decision was in stock prices of the companies owning different cigarette brands, whose stock prices went up as the ban was announced.