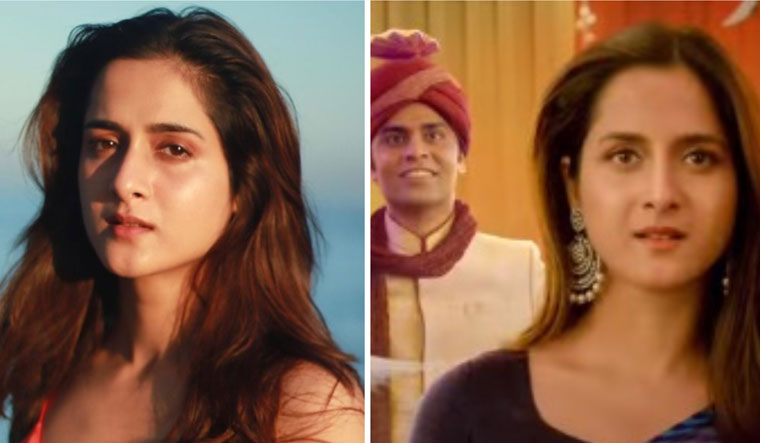 After playing Leena in Imtiaz Ali’s Love Aaj Kal 2, the chirpy Arushi Sharma is back with her next, Jaadugar, opposite Jitendra Kumar. In an interview with THE WEEK, the actor says the film – which blends magic, love and football – was truly magical for her. It releases on July 15 on Netflix. Excerpts:

Can you tell us a bit about your role in Jaadugar?

My character’s name is Disha. She is a very independent girl who has taken all the decisions in her life by herself, but she has had some bad experiences in the past. Her journey is a bit-by-bit discovery of what love is in a person’s life. There is a beautiful relationship which she shares with her father, which I really loved. It is a very endearing story, which I feel everyone can relate to.

Are there shades of yourself in the character?

My parents have raised me and my sister to be independent. We have taken all our decisions by ourselves. This character is also the girl who believes in being independent, but without being inconsiderate of others. She understands that in life, you have to sacrifice some things. I found a lot of her characteristics present in me as well.

Your parents are both district judges. Were you brought up in a strict manner?

We lived in Himachal Pradesh. They had transferable jobs, so I never stayed at one place for long. Because one part of my life was constantly changing – schools and friends and teachers – my parents were slightly protective of us. My parents, my sister and I were the only constant in my life. But they pushed us to give our best in whatever we did. Himachal Pradesh is a beautiful place to live, so I never felt the constantly changing nature of my life.

What was their reaction after watching your debut film, Tamasha?

I did a very small role in Tamasha. My real debut was Love Aaj Kal 2. They got very emotional. My dad is someone who does not generally show his emotions. At the most he will say, ‘Ok you were good’. Or, ‘You looked confident’. He won’t say anything more. My mom gets really excited. For Jaadugar also, she is so excited. My parents are coming this week for its release. They have been so supportive. I feel that they have also grown with me.

Is it true that you created your own audition tapes and sent them to casting directors while doing a 9-5 job?

Yes. After Tamasha, I started getting calls for auditions. But I never shifted to Mumbai. In college, my friends used to shoot the tapes for me. Then, when I started working, my colleagues shot the videos. I used to tell them how to direct me. The direction, the lighting – everything was very amateurish. My mother also used to shoot some of them. It used to be fun, but the success ratio was very low. But in hindsight, everything made sense.

Was it frustrating, waiting for something to turn up?

It was not frustrating, but I always used to try to improve myself. What are the things I am not doing right? I also used to ask them to send me videos of other actors, so that I could gauge how good or bad I was. I never thought of it as a do-or-die situation. Because I was working, I had my energies in other things as well.

Can you narrate one anecdote from the sets of Jaadugar?

There was this scene which I really loved performing, which was shot on the final day. Before the scene, you never know how you are going to perform. So suddenly, without any push, me and my co-actor, Manoj Joshi, who plays my father, started crying during the rehearsals. I think it came out really beautifully in the film.

There used to be fun moments, too. We used to play dumb charades on the set. Jeetu (Jitendra Kumar, her co-star) and I were in the opposite teams, and we were quite competitive about it. Sometimes when we had lighter scenes, we were more focused on playing the game than on shooting the scene.

How did you bag the role of Disha?

Two or three weeks after Love Aaj Kal 2, the pandemic happened. Everything felt so uncertain. My first film was out, I was very excited, but suddenly all of that went down the drain. It felt like I was back to square one. Jaadugar truly came to my life in the most magical way. My mom shot the audition tape for me because I was back in Himachal. They liked the audition. They called me to Mumbai for the final audition. I hope people like me in it. I feel like this is a unique story, bringing together football, magic and love.