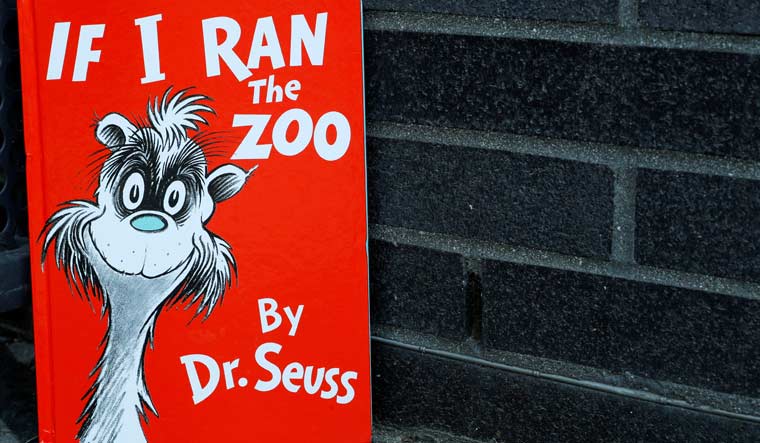 A copy of the children's book "If I Ran The Zoo" by author Dr. Seuss, which the publisher said will no longer be published, is seen in this photo illustration taken in Brooklyn, New York, U.S., March 2, 2021 | REUTERS/Brendan McDermid/Illustration

The books that were taken down from publication include, And to Think That I Saw It on Mulberry Street, If I Ran the Zoo, McElligot’s Pool, On Beyond Zebra!, Scrambled Eggs Super! and The Cat’s Quizzer. The books are said to have caricatures of Black and Asian people portrayed in stereotypes viewed as racist.

"These books portray people in ways that are hurtful and wrong," Dr Seuss Enterprises told AP.

"Ceasing sales of these books is only part of our commitment and our broader plan to ensure Dr Seuss Enterprises' catalogue represents and supports all communities and families," the company added. The announcement coincided with the illustrator’s birthday, March 2. Books by Dr Seuss, one of the highest-paid dead celebrities, have been translated into dozens of languages and are sold in more than 100 countries.

The company established to preserve the author’s legacy said, it worked with a panel of experts to review its books and came to the decision last year to end publication and licensing. The books were published between 1937 and 1976.

In one of the books, And to Think That I Saw It on Mulberry Street, a seemingly Chinese has slits for eyes and is carrying a bowl of rice with chopsticks; in another book, two people, who are said to be African, are shown to be shirtless and wearing grass skirts.