He joined in by mixing ingredients for raita 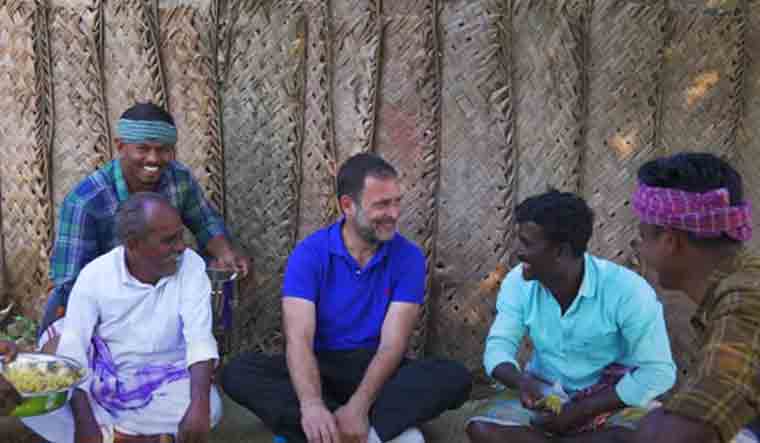 Tamil Nadu’s highly popular YouTube channel ‘Village Cooking Channel’ had a special guest in the last episode- Congress leader Rahul Gandhi. Rahul Gandhi, who was in Tamil Nadu last week for election campaigning, appeared in the cooking show. In a heartwarming video that is going viral, Rahul interacts with the locals and shares a meal with them.

Rahul Gandhi, dressed in a blue t-shirt and pants, walks in saying ‘Vanakkam’ and greets the local chefs of the team. He is accompanied by Karur Member of Parliament (MP) and Congress leader Jothimani who acts as the translator.

What’s interesting is Rahul Gandhi joins in the cooking process, and helps make the raita. While adding in the ingredients-onion (vengayam) and curd (thayiru), he calls them by their Tamil names and says them out loud in a style that is characteristic of the popular channel.

He sits down on the mat and talks with the team about their work, cooking and their dreams. Hot mushroom biriyani is then served to him on a banana leaf. He relishes it and says ‘nalla iruku’ (It’s good) in Tamil.

The team said they could not believe Rahul Gandhi had come to meet them and spend time on the show. While leaving, Rahul said he liked the food and would try something else when he visits again.