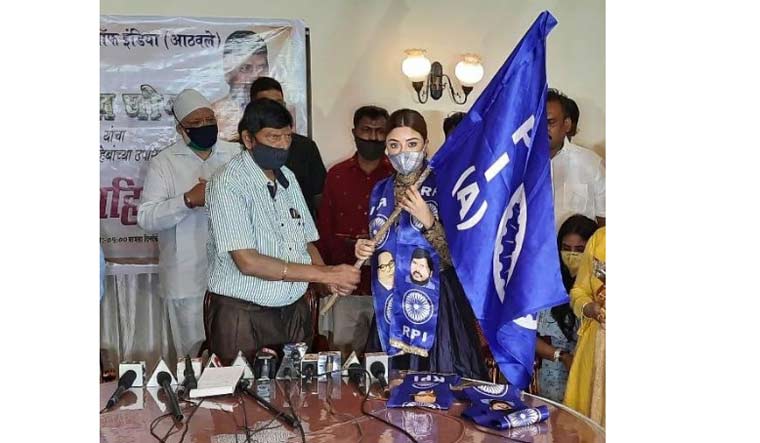 Actress Payal Ghosh joined Union minister Ramdas Athawale-led Republican Party of India (A) in Mumbai on Monday. Ghosh has been named the vice president of the party's women’s wing.

Welcoming the actress into the party, Athawale said, "I thank her for joining the party and I welcome her."

Ghosh had recently accused filmmaker Anurag Kashyap of rape, and an FIR was registered based on the actress's complaint. In her police complaint, the actress had alleged that Kashyap raped her in 2013. Kashyap had denied the allegations.

Based on Ghosh's complaint, Kashyap was recently summoned by Mumbai cops. The Versova police booked Kashyap under Indian Penal Code Sections 376 (I) (rape), 354 (assault or criminal force to woman with intent to outrage her modesty,), 341 (wrongful restraint) and 342 (wrongful confinement).