That Boseman shot for these films while battling cancer, strengthens his legacy 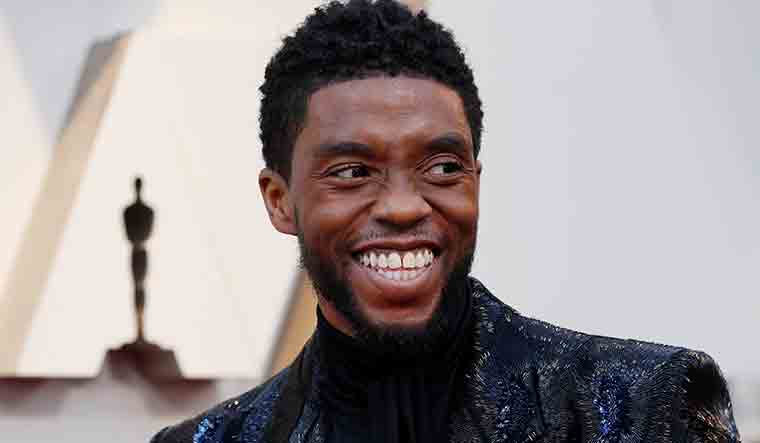 The news of actor Chadwick Boseman’s death, at the age of 43, has left millions shocked around the world. The actor passed away after a four-year fight with colon cancer, his family announced in a statement.

Boseman will be best remembered for his role of T’Challa, king of fictional African nation Wakanda, in the pathbreaking Marvel film Black Panther. The movie created a legacy of its own, and will always stand out among the legion of superhero movies that have hit the big screen. Before 2018’s Black Panther, Boseman had essayed other notable roles- baseball star Jackie Robinson in the movie 42, musician James Brown in Get On Up.

But with Black Panther, Boseman scripted history. With a predominantly black cast, Black Panther was the first Marvel Cinematic Universe movie with a black actor in the lead. The film that celebrated African culture was an ode to black power. The character of ‘Black Panther’ was initially born in the backdrop of the civil rights movement, and reflected the voice of that time. The character was created by writer-editor Stan Lee and writer-artist Jack Kirby, first appearing in Fantastic Four #52 in 1966.

The film that broke box office records in Trump’s America in 2018 was also seen as a Marvel’s ‘most political movie’, and brought MCU its first Oscar wins, and its first-ever Best Picture nomination.

That Boseman shot for the film, and embodied the vulnerabilities and strengths of a young king, all while battling cancer, strengthens his legacy.

“A true fighter, Chadwick persevered through it all, and brought you many of the films that you have come to love so much,” his family’s statement read. “From Marshall to Da 5 Bloods, August Wilson’s Ma Rainey’s Black Bottom and several more, all were filmed during and between countless surgeries and chemotherapy.”

Kevin Feige, president of Marvel Studios and chief creative officer of Marvel, said in a statement: "Chadwick’s passing is absolutely devastating. He was our T’Challa, our Black Panther, and our dear friend. Each time he stepped on set, he radiated charisma and joy, and each time he appeared on screen, he created something truly indelible. He embodied a lot of amazing people in his work, and nobody was better at bringing great men to life. He was as smart and kind and powerful and strong as any person he portrayed. Now he takes his place alongside them as an icon for the ages. The Marvel Studios family deeply mourns his loss, and we are grieving tonight with his family.”

With Boseman’s untimely passing, it remains to be seen what will happen to Marvel’s Black Panther 2, which would have seen Boseman teaming up with director Ryan Coogler again. The sequel had been scheduled for release on May 6, 2022. But, as production had not yet begun, the future of the film is now unknown.

With the news of Boseman’s passing, fans of the actor are already campaigning on social media that they do not want anyone else other than Boseman as ‘their king’.

Sadly, Chadwick passes away before the upcoming release of Netflix's Ma Rainey's Black Bottom, an adaptation of the August Wilson play of the same name. According to reports, it is already expected that Boseman’s role in the film would put him in the awards conversation.