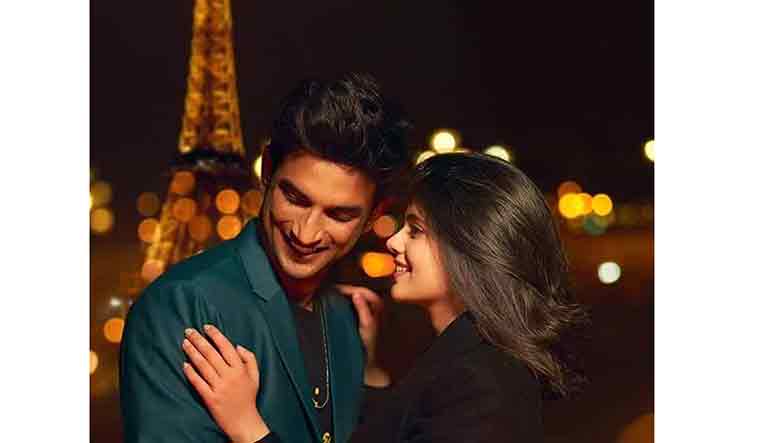 Bollywood is yet to come to terms with the suicide of actor Sushant Singh Rajput. He will last be seen on the big screen in his upcoming film Dil Bechara. The film which also marks the directorial debut of casting director Mukesh Chhabra, is a remake of the popular Hollywood film The Fault in Our Stars.

The film was set for a May 8 release, but got postponed due to the coronavirus pandemic. Apart from Sushant, Dil Bechara features Sanjana Sanghi and Saif Ali Khan in the lead roles. A.R. Rahman has composed music of the movie.

The film was earlier titled Kizie Aur Manny. Author John Green on whose book the films have been based had said he was excited about the Hindi adaptation and wanted to watch it. 'Fault In Our Stars' is based on the love relationship between two terminally ill patients.

According to reports, the film is still in its post-production phase due to work being stalled amid the pandemic.

Sushant, 34, was found hanging in his Bandra home on Sunday morning.

The actor made his Bollywood debut with Abhishek Kapoor’s Kai Po Che, which was adapted from Chetan Bhagat’s The Three Mistakes of My Life. Before his foray in films, he had acted in television serials, most notably in Pavitra Rishta.

His last film was Nitesh Tiwari’s Chhichhore, in which he acted alongside Shraddha Kapoor.