THE WEEK archives: When Irrfan Khan opened up about his love for kites, acting and more

This article was originally published in THE WEEK issue dated April 8, 2012 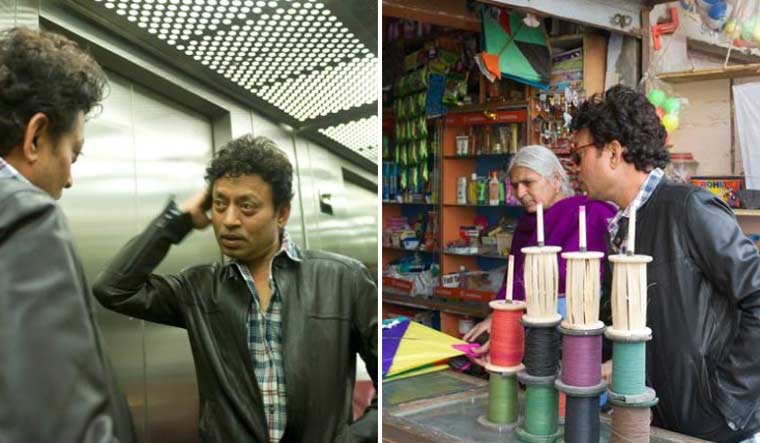 1988 was the year of the Khans. Aamir burst on to the Hindi movie scene with Qayamat se Qayamat Tak, Shah Rukh was green in Fauji, Salman made an appearance in Biwi Ho To Aisi... and Irrfan made his debut in Salaam Bombay. More than two decades later, Aamir is the politically correct Khan; SRK is desperately clinging to his Badshah status; Salman sells, especially shirtless; and Irrfan has taken his time to carve his rightful place.

A villain in the biggest superhero movie this summer, The Amazing Spider-Man, Irrfan is also playing the role of Pi in Ang Lee's Life of Pi. His first solo hit, Paan Singh Tomar, a no-dance, no-song and no-heroine affair, has garnered critics' praise.

It is the end of the week and early by star standards, the right side of noon. Irrfan is in a hotel in Panchukla, near Chandigarh, shooting a European film. After a hectic schedule of continuous shooting for a month, "12 hours at a stretch", it's finally a day off. "It takes an hour for make-up and I have to be there by 5am," says Irrfan, digging into his fried egg.

On the cards is kite flying with the rest of the crew and back to work at the crack of dawn. Growing up in the dusty Pink City, Irrfan spent a lot of time flying kites from the roof of his house. "This is something I have been fascinated with. Things like the smell of tea, bread, all that have faded. This has remained," he says.

In the mind of the most powerful filmmakers of the world, he is the only Khan people know. Lee is reported to have said that casting him as Pi was a "no brainer". Though Naseeruddin Shah and Om Puri have found appreciation abroad, it has not been on this scale. What makes him different? "I can't decipher what the reasons [are]. It would be like taking away the mysteries of life. It is a bit like people watching the DVD of The Secret to decipher life," says the actor over a long-drawn puff of a hand-rolled cigarette.

ALSO READ: How Irrfan Khan kept fans in the loop during battle with rare cancer

His famous hooded eyes—his biggest asset—remain hidden behind dark glasses even when he is indoors. He gulps down a glass of juice, but the porridge stays untouched. His boy, Feroze, brings him a pill box with green and white pills, which he swallows immediately.

"I was away from Mumbai when Paan Singh Tomar was a hit," he says. His constant travels keep him away from Mumbai, which means he has missed all the adulation. PST is a true story of a young Army recruit, a man with the ability to fly with his feet who becomes a "baghi" when his cousin refuses to abide by the law. It is a dark, depressing comment on the system. The biopic has been noted for its attention to detail.

This is one of the very few roles that have been close to his heart. The protagonist reminded him of his father. "I have been looking for a role which warms my heart, where I could enjoy myself in the space I was in. I had been offered many negative parts. But all that negativity leaves you with a strange feeling," he says.

The acting gene runs in the family. Irrfan's eldest son, Babil Atam, made his debut on stage in A Midsummer Night's Dream just after PST hit the screens. "He is very competitive. The first thing he said after seeing Paan Singh was, 'Will I be able to better your performance?'," says Irrfan.

PST may have grabbed the audience's heart with both hands the moment he walked on to screen in all his lankiness. But it took Irrfan two whole viewings to finally connect with the character that has made him an instant star. "I only felt a connection when I saw it in a festival in New York, when the audience was react- ing to it," he says.

ALSO READ: Irrfan Khan on the importance of being an explorer and remaining engaged

What makes him believable in any role is that he slips into the skin of the character easily; he becomes the part, whether it is laidback Monty in Life in a Metro, the intense Maqbool in Maqbool, Sunil in In Treatment (the man who goes to Gabriel Byrne to talk about his daughter-in-law) or Ashok Ganguli in The Namesake. The last one was the only space he didn't want to inhabit. "He was too quiet for me," says Irrfan. "I felt low after the film, physically diminished. You always draw from personal experience. You can't become the character unless he has a part of you."

He always knew he would act. "I did my graduation only for my mother," he says. "The world of stories was fascinating for me." There was a time of searching before he found his guru, Prasanna, at the National School of Drama. While the other Khans found their niche soon, Irrfan took a while.

The road to fame was far from easy for him. It has been years of being considered brilliant, yet having to be content with smaller roles. There was television. During the shooting of the fantasy Chandrakanta, he used to get called for his scenes at 3am and would roll out a blanket at the set and sleep waiting for his turn.

It was Asif Kapadia's Warrior that changed his life forever. "It is the choices you make," says Irrfan. "I never got the chance to question. When I played Ashok Ganguli in The Namesake, I was playing people my age in Haasil and Charas. I got time to learn the craft. I did a photo session. Uski copy le kar gaya tha logon ke pass (I took a copy of that to those people). I realised through the interaction that I was not being effective at all. I was actually making a fool of myself."

Sitting in the car to buy his stash of kites, he is almost chatty. It is the only time he allows you a glimpse of the real Irrfan, not the actor, but the man who misses his friends the most, which is why he likes to create this bonhomie on the sets with kite contests and cricket. The intense actor searching to explore himself through his art, his vulnerability, his need to connect, suddenly gives way to a more relaxed man. "I don't consider myself a star. But I want the power of a star. You have the choice of directors and stories," he says.

The conversation veers to different things. Love. "You fall in love with a version of yourself through another person's eyes. You feel better, special," he says. He misses playing soccer with his boys. "You can tell a lot from someone's character when they play cricket," he says. "I am never argumentative. In soccer with my kids, I cheat."

The dark glasses stay on, different ones for when he ventures out. It is only in the lift that he becomes the stereotype of an actor, fussing with his hair in the mirror. Outside, in front of his audience, he is the quintessential Bollywood actor. He poses for pictures, signs autographs and waves at passers-by who do a double-take when they see a true-blue filmi hero. The kite-shop owner insists that his father come and attend to him. Irrfan steps outside to buy the right manjha (kite string). "There is no fun if you use the Chinese one," he tells the man. "It doesn't get cut. Besides, it is banned."

Fame, he says, is like a cage. "The market wants you to fit into something," he says. "You try and alter things. They suddenly 'like' the alteration. You are in relationship with that alteration then, fame becomes like a cage. Like if I hire a PRO to be in the news then I find that I have to follow the news that is created. You force yourself to repeat it again and again. But find you're not enjoying it."

The kite shop is in a narrow lane and the car attracts people. Irrfan sits playing with his phones, an ancient Nokia and a spanking new iPhone, oblivious of the flashes going off. "At the moment I feel like I am an animal in a zoo," he says. "But it is important to connect."

He is even willing to be tagged as delectable, a word Spiderman director Marc Webb used to describe how women find him in an article in The New York Times. "You never get used to it. But it is important. You want to make space for yourself with people," says Irrfan.

Khan or not, he even wants to give up Irrfan: "Names are a hindrance," he says laconically. Another Irrfan-ism, "It is the way someone says I love you to you. I don't want to be just desired only sexually. But it is okay for someone to want to be [with] you, to want to consume you, to absorb you."

Nameless or not, he isn't going anywhere, unlike the artiste formerly known as Prince. Says Irrfan: "I am looking for stories. I don't want to wait for them. I want stories to look for me. It is a kind of fear, whether they would be there finally."