TV in times of lockdown: How channels are trying to retain and attract new audience

While some have started re-telecast of old shows, others are offering finite shows 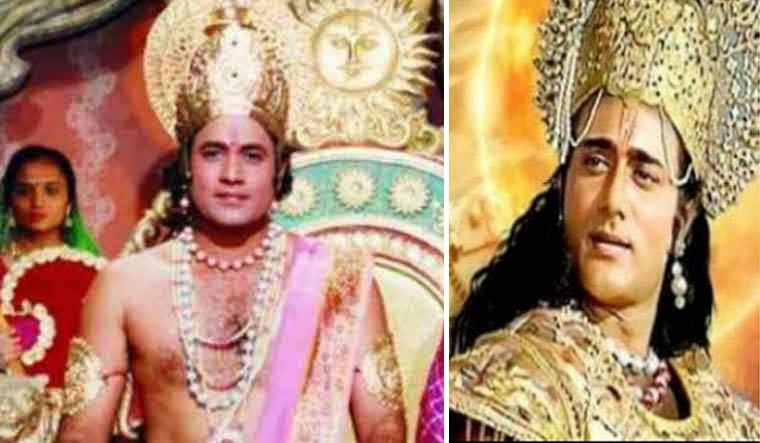 On a family WhatsApp group, some people, who are yet to embrace the digital streaming platforms, lamented how they are done watching everything. With new episodes of the daily soaps being halted, it has been a difficult time. For those that are locked in houses and are not used to wifi and hence aren't familiar with streaming platforms, television is the only form of entertainment.

Keeping in mind the interest of television audience, Information and Broadcasting Minister Prakash Javadekar, on Friday, announced on Twitter that on public demand, Doordarshan would start the re-telecast of the popular mythology show from the 80s Ramayan from Saturday March 28—one episode in the morning at 9am and another in the evening at 9pm.

Meanwhile, private general entertainment channels (GECs) are facing the heat as they have no episodes in the bank for their regular line-up of shows. Every channel is coming up with new programming line-up to give their audience something different  to watch while also keeping their slots full.

Star Plus was supposed to launch Anupamaa, starring Rupali Ganguly and Sudhanshu Pandey, on March 16 at the prime time slot. It has now been pushed indefinitely, “to a time when things get normal”. Talking to THE WEEK, Rajan Shahi, the show’s producer, said with limited episodes in the bank and the shoots being halted, the continuity of the show could have been affected had it been launched. “It was in the best interest of everybody to launch it once everything resumes to normal. The channel and I had a discussion to come to a decision,” said Shahi, adding that this is for the first time that his production house's most popular show Ye Rishta Kya Kehlata Hai has been halted. “But you have to find the silver lining even in these difficult times. This is the time for the creative community to rejuvenate and reboot themselves so that better content can be created once we are back.”

The channel, meanwhile, has found an opportunity to telecast a new finite series – Maharaja Ki Jai Ho, a show set in the city of Hastinapur, the capital of the Kuru kingdom in Mahabharat. Star Plus has a bank of 50 episodes for the show, set to be aired on the prime time slot of 9pm on weekdays. Besides, the channel will also air the Star Bharat show Radha Krishn—another mythological drama that been on air for almost two years—in the hope of reaching the audience who don’t tune in to Star Bharat.

The channel is yet to announce a grand line-up. Sources say it would soon be announced. However, in the meanwhile, it is scouring the original shows from its streaming service, Hotstar, that could be apt for the TV audience. The first offering is Hostages—a 10-episode Indian adaptation of the Israeli crime thriller of the same name. The series stars Tisca Chopra and Ronit Roy.

Zee TV may have stopped airing new episodes of two of its highest rated shows – Kumkum Bhagya and Kundali Bhagya. It has also pushed the launch of a new singing reality show. But in lieu of that, from March 25, the channel has introduced a new 9pm to 11pm slot with three finite series from the bouquet of AltBalaji. Karle Tu Bhi Mohabbat, Baarish and Kehne Ko Humsafar Hain are the made-for-streaming shows that is now being aired on Zee TV. The older episodes of Kumkum Bhagya and Kundali Bhagya will air from 7pm to 8pm and 8pm to 9pm respectively, Monday to Friday. The channel has also dug into its old library and has brought out some of the popular shows from the noughties that include Ram Kapoor-Prachi Desai starrer Kasam Se and Krystle D’Souza, Parag Tyagi and Kishwer Merchant starrer Brahmarakshas. The two shows will be reintroduced on the channel from 2pm to 3pm and 5pm to 6pm respectively.

"The cessation of shoots across our daily prime-time soaps following the government directive had us evaluate the alternate content we could offer audiences in the absence of their core staple. Given that we have access to a vast repository of content across multiple platforms of ZEE, we decided to look within the network to arrive at the three most apt shows for Zee TV audiences,” says Aparna Bhosle, business head, Zee TV. "For a while now, we have been exploring if TV audiences are ready for finite series. As a responsible broadcaster committed to providing entertainment to audiences while they spend more time at home, it felt like the right time to see if audiences take to these three finite series which are extremely TV-friendly as they feature some of the most iconic/ popular television faces of all times,“ she added.

While Sony Entertainment Television is yet to make an announcement on the new programming line-up, Colors, the leading GEC at the moment which has been on the top of the rating charts in the last four weeks, is trying its best to keep its position intact. The channel has brought back an eclectic mix of current and some of the popular older shows. Comedy has taken up its early prime-time slot with shows like Belan Wali Bahu and Bhaag Bakool Bhaag that will air from 5pm to 6 pm. One of its popular romantic shows from 2017, Dil Se Dil Tak, too finds itself on the current roster at 6pm.

“The early prime-time will be followed by the current fiction line-up starting with Vidya, Choti Sarrdaarni, Shakti…Astitva Ke Ehsaas Ki, Barrister Babu, Shubharambh and Naati Pinky Ki Lambi Love Story,” read a statement from the channel that is also bringing back the 13th season of its tentpole non-fiction property, Bigg Boss at 10 pm. “We are presenting dedicated blocks for comedy, drama, romance to give you the best of our content,” says Manisha Sharma, chief content officer, Hindi Mass Entertainment, Viacom18.

In the coming days, all the general entertainment channels may be making newer announcements to keep the appetite of the TV audiences filled. Perhaps, even exploring their libraries of their respective over-the-top (OTT) platforms. “In terms of whether we will continue to explore more digital content/finite series in the future, we will take a stock of audience response and the dynamic world situation as it unfolds and take calls accordingly,” said Bhosle.