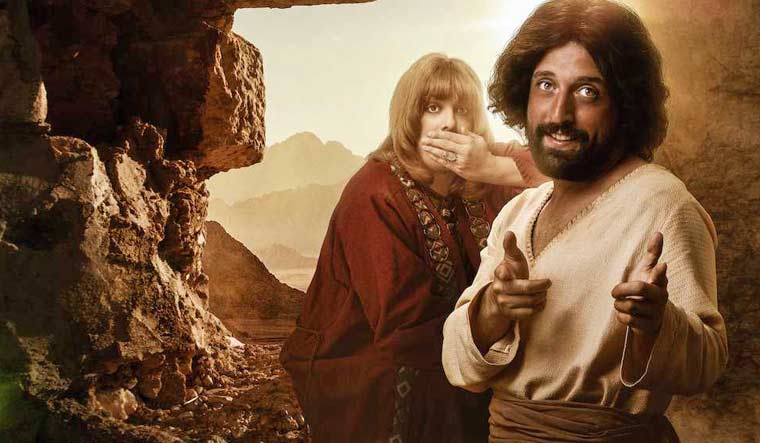 A still from the film | Imdb

A Netflix film called The First Temptation of Christ is in the middle of a controversy in Brazil, as it has led to an attack on a Brazilian comedy group, Porta dos Fundos.

Masked men can be seen claiming to have carried out a gasoline bomb attack to protest the program on Christmas eve. No related injuries were reported. Critics have called the short film that shows a 30-year-old Jesus coming home and saying he is gay as blasphemous. The film is a 46-minute long comedy.

The group who conducted the attack released a video, where they claim responsibility for it. A man in the video, whose voice is digitally altered, says the Christmas Eve attack on a video production house in Rio de Janeiro targeted Brazilian humorist group Porta dos Fundos for the film.

The man in the video says that he speaks for 'Command of Popular National Insurgence' group. The video, shows three people throwing gasoline bombs into the building.

Police are investigating the matter.

An online petition that was launched in Brazil called for the film to be banned and drew more than 2 million signatures.

Porta dos Fundos has defended its film and said the country will survive this torment of hatred, and love will prevail together with freedom of expression.