He only competes with himself, she said 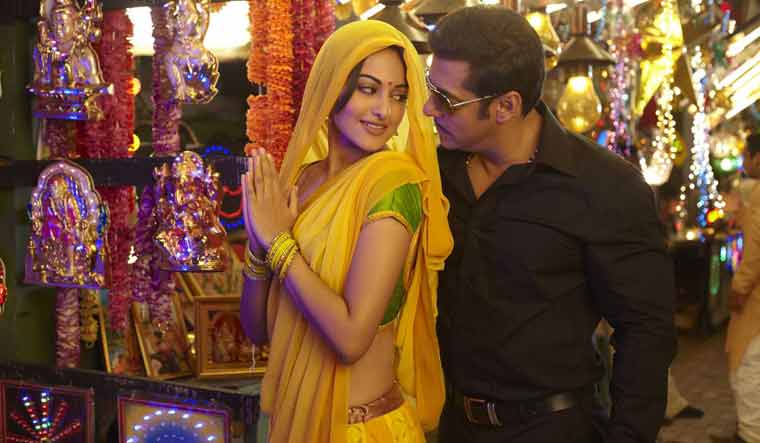 Sonakshi Sinha says while working on the third installment of Dabangg franchise, she observed and learned how superstar Salman Khan never let his stardom go to his head.

Reflecting on her journey in Bollywood which started with Dabangg in 2010, Sonakshi said one key takeaway for her after working with Salman was how to treat success with humility. "I learnt a lot of things by just observing him which I eventually followed even in my journey. The very fact that he doesn't take his super stardom so seriously. He takes it in his stride, he isn't affected by it.

"He's the kind of a guy who'd be living in the biggest of the hotels, fanciest of the rooms but would sleep on the couch," Sonakshi said.

The actor said Salman is incredibly grounded, something everyone wanting to have a long career should learn from.

"If he had let it go to his head, he wouldn't have made a career like the one he has. He works with the same gusto he did 25 years back. These are the things you've to learn and follow if you want to have a career as long as him.

"He never fails to surprise you. He only competes with himself. He wants to do better than what he did yesterday. What he manages to do all the time, so amazingly, it's something to be inspired by."

After Dabangg, Sonakshi went on to work in films like Lootera, Rowdy Rathore and most recently, Mission Mangal.

The 32-year-old actor feels the time just flew by. "I can't believe that it has already been 9 years and I'm here with another 'Dabangg', which would be my 25th film! It's crazy the kind of work I've done and have learnt so much over the years.

"The learning process hasn't stopped. It has been a fantastic journey. I wouldn't change a thing about it," she added.

Directed by Prabhudeva, Dabangg 3 also features Saiee Manjrekar and is scheduled to be release on December 20.