Describing Haasan as a 'superstar', she said he was one of her favourite actors 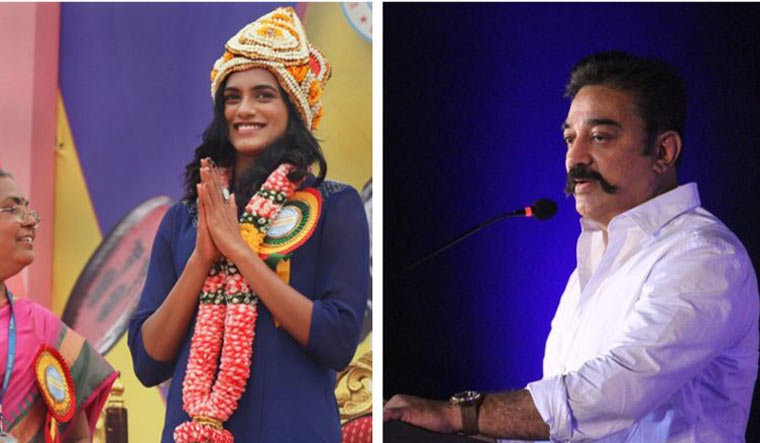 The meeting was not political in nature, the MNM chief told reporters.

Haasan said Sindhu, who recently became the first Indian to win gold in the badminton World championship in Switzerland in August, was a "celebration of the country's pride."

Sindhu, who had lunch with the veteran actor, said her ultimate aim was to win laurels for the country in the 2020 Tokyo Olympics.

"Of course my ultimate aim is 2020 Olympics. I am working hard for it... Olympic qualifications are going on and I hope I do my best and get gold," she said.

Describing Haasan as a 'superstar', she said he was one of her favourite actors.