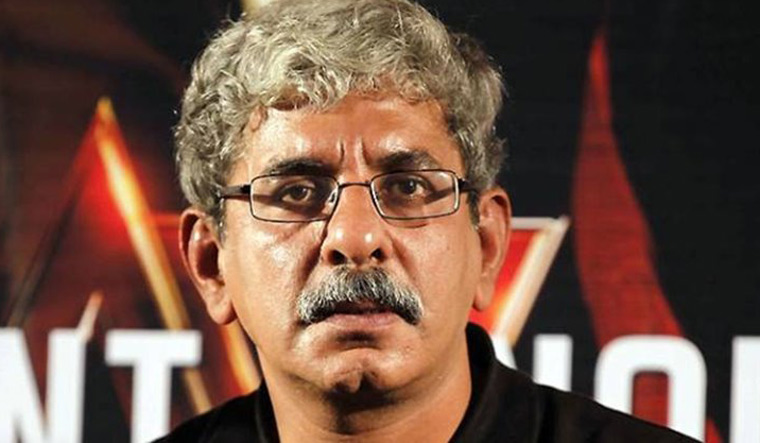 In the intriguing story of a blind man's bluff in Andhadhun, Sriram Raghavan reveals he was suggested to simplify the much-talked about climax of the film but the director decided to follow his vision.

The comedy-thriller had its ingredients in place, right from an intriguing screenplay, twists and turns to fleshed-out characters—played by Tabu, and Ayushmann Khurrana—and many moments of guffaws.

Andhadhun follows a pianist (Ayushmann) who witnesses a murder and gets embroiled in this world that turns out to be murky and unforgiving. The film ends when a supposedly blind Ayushmann kicks a can out of his way with his support stick. The climax drops a hint that he has got his vision back but the question arises, 'How did this happen'?

In an interview, Raghavan talks about the different theories regarding the climax, the casting of the lead actors and his love for the thriller genre. "When we were about to release the film, there was a lot of worry from the producers' end regarding the ending. They were thinking 'Will this end work?' or 'Should we have a proper closure?'.

"There was a worry that the audience is not evolved enough and they will not understand it. I felt that this film is designed for a certain kind of an ending and if I change it, it will become an ordinary story," Raghvan said. The film, which released on October 5, is inspired from the 2010 French short film L'Accordeur (The Piano Tuner).

He credits filmmaker-writer Hemanth Rao and his team of writers - Arijit Biswas, Pooja Ladha Surti and Yogesh Chandekar for making this mystery thriller entertaining. "When we used to discuss the scenes and the writers would react to them as viewers and vice-versa. It was a collective effort."

The film has amassed over Rs 70 crore at the box office. "People are discussing different versions of the end, it feels great. I have been hearing the show is running housefull, people are clapping, this sort of audience response is surprising to me. I have never experienced this with my films earlier. I am floored," Raghavan adds.

He asserts he is not measuring the success of the film with the money it has minted at the ticket windows as he believes numbers can be a dangerous game. "Sometimes you create something and it works. I am happy that this film of mine has been seen by maximum number of people. With Badlapur too, I got very good reviews. But there were few people who did not like it or were put off. "

The director says though he loved Ayushmann in films like Vicky Donor and Dum Laga Ke Haisha, he did not think of casting him for the film till the actor himself decided to audition for the film. The story of money, murder and a double-cross game has Tabu as a femme fatale and Anil Dhawan, as a former 1970s movie star.

Tabu was someone, Raghavan says, he always wanted to work with but was waiting for the right opportunity.

"While writing the story, I kept her in mind. Once we were 70-80 percent ready, I narrated it to her and she was game for it. She used to keep asking me, 'Am I the villain?' and I would tell her, 'You are a character who is caught in certain circumstances and all of us are capable of doing horrible things as much as doing good things'.