Video of Tanushree Dutta's car being attacked in 2008 goes viral 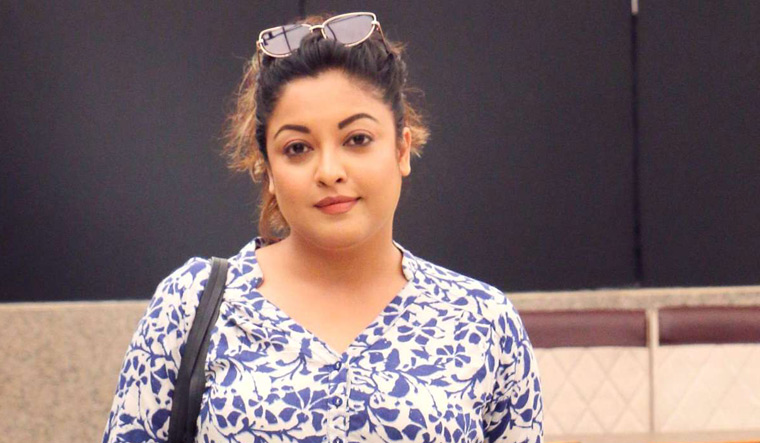 A video showing actress Tanushree Dutta's car being attacked while she was seated inside has surfaced online. The video is believed to be of the same incident Tanushree had talked about in an interview last week. She alleged that she was harassed by actor Nana Patekar on the sets of the 2008 film Horn Ok Pleassss. The video also shows scenes of her walking out of the song sequence.

In the interview, she had said that while filming the song sequence, Patekar would push her around, grab her arms, and was even interested in doing an 'intimate sequence' with her. She said that the film's director Rakesh Sarang and choreographer Ganesh Acharya stood by Patekar's demands. She eventually opted out of the special song sequence she was signed for, and added that when she complained about being uncomfortable with the actor's proximity, he allegedly sought help from goons of a political party, who broke her car. She said, it took her a long time to deal with the post-trauma stress, due to which she recoiled into a shell, denied work offers and eventually moved to the US.

The video that surfaced online shows Tanushree Dutta in the backseat of the car which is surrounded by a violent mob. Some of the people can be seen banging at the window glass. Another person tries to deflate one of the car tyres and yet another person is seen jumping on top of the car, creating a minor dent. And all through this harrowing experience, Tanushree can been seated inside the car and maintaining her calm.

Though the incident happened 10 years ago, and was in the news at that time, it has assumed great significance in the times of #MeToo. After a journalist shared a Facebook post validating Tanushree's version of events, support has grown for the actress. Farhan Akhtar, Swara Bhasker, Priyanka Chopra, Twinkle Khanna are some of the celebrities who took to social media to support Tanushree.

Tanushree had called out actors like Akshay Kumar and Rajinikanth who have collaborated with Nana Patekar over the last few years. “If such big stars will keep working with these culprits then there's no hope for any movement to happen,” Tanushree Dutta said. Last week, Tanushree Dutta said that the #MeToo movement has not gained traction in the Indian film industry because of the country's hypocritical nature.

ALSO READ: I have a name, won't be reduced to 'survivor': Tanushree Dutta

She added that the movement will not happen in India unless people acknowledge what happened to her in 2008.