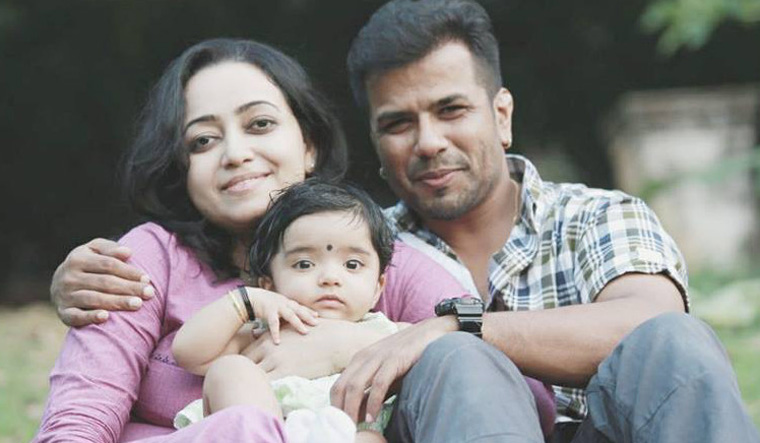 Noted violinist Balabhaskar lost his two-year-old daughter in an accident in Thiruvananthapuram on Tuesday.

Balabhaskar, wife Lakshmi and driver Arjun have been admitted to a hospital in the city with critical injuries. Balabhaskar is in the intensive care unit with multiple injuries. The accident occurred as the car they were traveling rammed into a tree.

The family was returning from Thrissur after offering some pujas at a temple there, said reports. The accident happened at around 4:30 am on Tuesday. The front portion of the car has been completely damaged in the accident. It is learnt that Balabhaskar and his daughter Tejaswini Bala were sitting in the front, next to the driver at the time of the accident.

Tejaswini Bala was declared brought dead by a private hospital.

Police suspect that the driver might have dozed off and resulted in losing the control of the car.