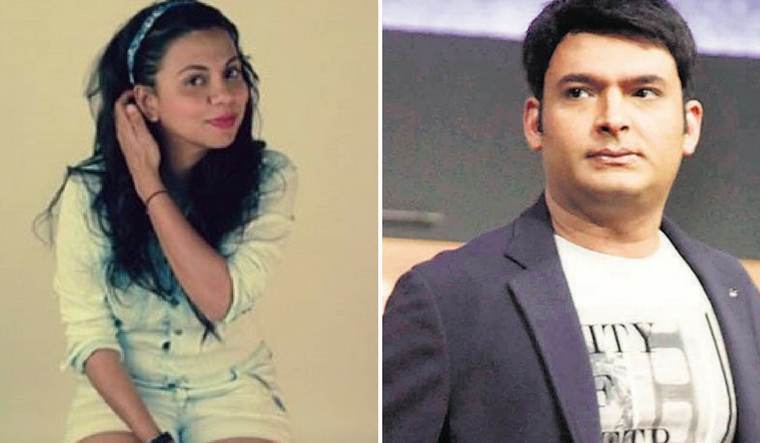 Kapil Sharma has been the talk of town lately with his abusive rant on Twitter. After a slew of offensive and abusive posts from his Twitter page left fans surprised on Thursday, actor-comedian Kapil Sharma said his account had been hacked. On Friday, Kapil landed in yet another controversy with his tweets against paid media. Bollywood news portal SpotboyE's editor Vicky Lalwani, late on Friday, accused Sharma of abusing and threatening him "for only reporting the shoots that he has been cancelling.”

Kapil took to Twitter again on Saturday to post pictures of a three-page defamation complaint against Lalwani and his former managers Preeti Simoes and her sister Neeti Simoes. He claimed the sisters tried to extort Rs 25 lakh from him, and has alleged that Lalwani started a false and malicious propaganda to defame him on digital media after he refused to pay him the amount.

Responding to the hullabaloo, Preeti told THE WEEK: “I am hurt. The allegations that he has put on me are far too embarrassing and childish for me to even revert."

Though she is being referred to as his ex-manager, Preeti clarified she was the creative director of his show The Kapil Sharma Show, and was associated with him for eight years. “Kapil is not normal right now; he is mentally completely unstable. Very sad that people who are talking on his behalf are guiding him in the wrong direction.”

Preeti, who worked with Kapil during Comedy Circus, even before he reached 'such heights of fame', said he is a wonderful person, not very strong though. “I have never heard him use abusive language. The person we are getting to see nowadays is very different.”

“I still love and respect him, and I will play along till he gets some peace of mind.”

Preeti urged his family to support him and realise the importance of understanding the concept of mental health. “Why aren't people asking why he is depressed?” We only see reports of shoots being cancelled. Why isn't anyone asking why, she said.

“He comes from a family background where they do not understand mental health challenges. He might be going through a lot of pressure—because of personal and professional decisions he has taken over the last year,” she said. Preeti also said she and the creative team are always ready, a call away, to offer help.