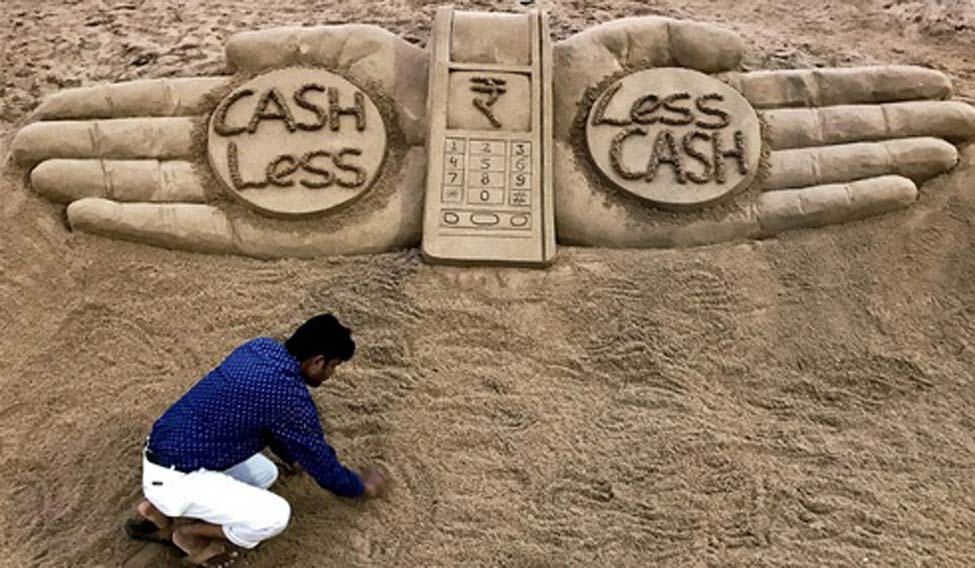 Market sentiment is a fickle thing. Until recently, "The India Shining" story was flourishing. India was considered a sweet spot amid a turbulent world. Political stability, young work force, a country waiting for the much hyped out democratic dividend, robust cash balance and capital account, a swelling forex reserve, booming stock market and record wealth made it the most attractive place for investors and global fund houses. India has just entered the two trillion dollar market club and the benchmark Nifty is trading above 10,000. It seemed like an unstoppable party until there came an unexpected jolt. The sentiment turned sour amid few bad economic numbers. GDP is slowing down, export growth got tarnished and fiscal deficit reached 92 per cent of budget in the first four months of current fiscal. Rising fuel prices, alarming unemployment rates and economic pundits' grave warning about a possible economic disaster has compelled government to take necessary actions. There is a talk of a stimulus package, amounting Rs 400 - 640 billion rupees. So what does the crystal ball foretells?

Two massive reforms, demonetization in last year and Goods and Services Tax (GST) in July this year, have stirred the economy. Manufacturing sector was hit hard as the government scrapped 86 per cent of high denomination notes. It was a surgical strike on the parallel economy as per pro-reformist school, however, it badly affected consumption of middle and upper middle class in unorganized sector. Enforced digital economy failed to take off, and lack of supportive infrastructure and a baffled middle class became ultra conservative in spending. The transitory effect was shocking. Manufacturing sector slashed 40 per cent jobs in 2017 compared to 2016. Manufacturing sector holds 18 per cent share in GDP and its share of jobs is 12 per cent. Current job outlook is the worst in the last 12 years. Service sector accounts for 62.5 percent of GDP but it seems unable to create more jobs due to automation. According to McKinsey, a consultancy, 52 per cent of current jobs can be eliminated by machines. Market disruptive technologies such as machine learning, artificial intelligence and block chains are seen as major job destroyers. Recession in IT sector also contributed to the slowdown in job creation. IT sector has fired workers probably for first time since the dotcom crash.

Bleak job growth is a big trouble. About 27.5 per cent of youth are not employed or in training. India is considered to be at the bottom of the G20 human capital quality. Only 7.5 per cent working age population is covered under pensions. Demographic dividend is in fact a ticking time bomb in the form of a looming pension crisis. India needs to create 11 crore jobs annually to keep the youth engaged. Wage growth is also very erratic. Wage growth of factory workers and teachers are very weak according to Global Human Capital study by Bloomberg. If the country fails to generate enough jobs, social fabric and harmony may be compromised.

Cashless wealth: The top 1 per holds 22% of record wealth; Middle class is least beneficiary in 3 decades

Demonetization, fin-tech revolution, boom in digital economy and lofty valuations in equity markets has widened the gap between rich and poor. According to a recent research paper by eminent economist Thomas Piketty (co-authored by Lucas Chancel), country's top 1 per cent population holds 22 per cent share of wealth. The middle 40 per cent of the population earned least during 1980 to 2014, compared to France, Germany and USA. Much of this wealth generated by the top 1 per cent is cashless that is equities, mutual funds, crypto currencies, investments in alternative assets like real estate and other revenue garners.

Rising retail fuel prices has created disappointment among the middle-class. They were already hit hard by numerous factors like decline in saving interest rates, stagnant wage growth and soaring compliance cost. Fuel price surge has dented the consumption rate. A mix of factors comprising of demonitisation, low interest rates, GST and automation has become lethal. Prominent economist and former Prime Minister Dr Manmohan Singh has repeatedly warned about the sharp decline in GDP. MP of the ruling party Dr Subramaniam Swamy also warned the government of a looming depression. Dr Swamy suggested elimination of income tax as a way out.

What's the way out: Give tax breaks, cut fuel prices

Elimination of high denomination notes badly hit the consumption, since it was a wealth transfer from private to government coffers. Government earned a jackpot to fund its long term liabilities, boost infrastructure and repair the balance sheets of public sector banks. An all out war against cash and parallel economy, along with sharp reduction in subsidies resulted in a surge in petroleum products' prices. Petroleum products are deferred tax revenue engines for government hence it is being kept out of GST regime. Government needs to bring it under GST. The middle and lower income group need some of their savings back. It can be offered in the form of tax cut or cut in fuel costs.

Stock markets are booming and household wealth surged to record highs in USA, India, Hong kong, Germany and many places in the world. Global economic recovery looks robust. Animal spirits have gone wild. Asset bubbles and inflation are key concerns and have inspired the Federal Reserve to turn hawkish. Nuke ready Kim is a threat to global geopolitical stability. Governments worldwide are running out of cash and there is limited room for further hike in direct tax. Global economic scenario is rosy and all is going well. However investors, bankers and policy makers need to be on vigil. For speculators it is time to pull the trigger, Shoot first, ask later!