Budget 2017: It is status quo for health sector 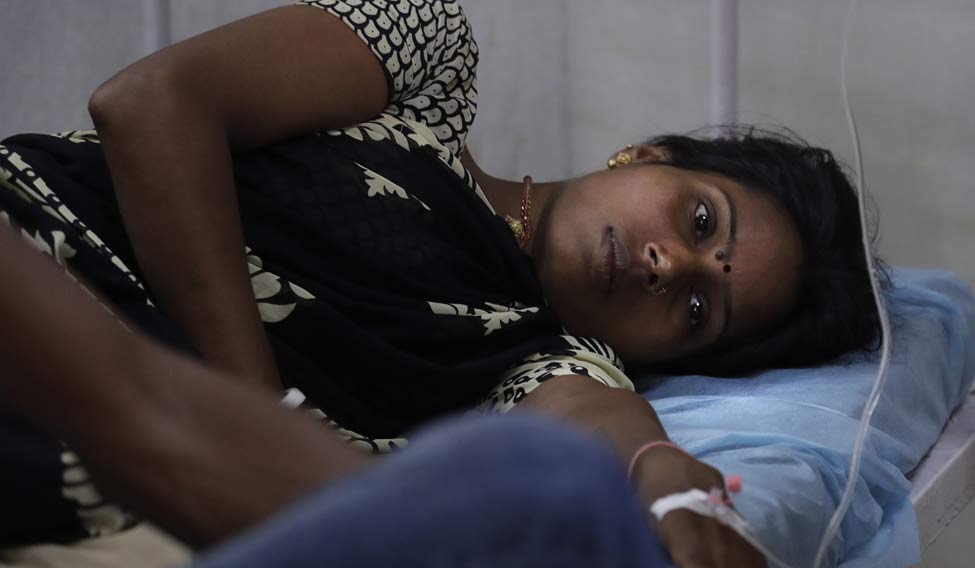 A lot was expected from Finance minister Arun Jaitley on budget day. Financial analysts predicted a populist budget, tax men anticipated a radical change in slabs, bankers looked for a large capital infusion and farmers expected a loan waiver along the lines of 2008. The health sector also had high expectations — experts anticipated big announcements on health coverage, pharmaceuticals, healthcare infrastructure and a range of other issues. But the final product was subdued and status quoist, with no big bang announcements or political theatrics.

India made phenomenal economic gains in the last three decades, but has failed to improve the health status of its population on similar terms. Infant mortality, under-five mortality and maternal mortality rates of the country are still comparable with statistics coming out from other south Asian nations or countries from sub-Saharan Africa. As per World Bank estimates, the per capita healthcare expenditure in India is around USD 60, and this has been stagnant over the last decade or so. This sum is paltry when compared to indicators from China (around USD 300) or Brazil (around USD 1000), not to mention developed countries of Western Europe or North America.

The public expenditure on health is estimated to be around 1.2% of the Gross Domestic Product (GDP), while the government’s own documents like the draft National Health Policy 2015, 12th Five year Plan and even the 11th Five year plan explicitly stated lofty targets like 2.5% health spending. The governments of the day have been unable to provide a policy direction, which could possibly improve the abysmal state of public health systems in the country.

The Union budget of 2017-18 shows an increase of 23% in the allocation for healthcare, when compared to the previous financial year. The 2016-17 budget had also shown an increase of more than 20% in health allocation. But these figures are quite deceptive when you consider the overall picture. The budgetary increases are shown against the previous year’s figures and when you realise that Jaitley had instituted an unprecedented cut of 13% on the budget allocation for health in 2015-16, it shows the hollowness of these apparent increases. Moreover, when you consider the health expenditure of the government — in real terms — at 2005-06 prices, the spending has shown only marginal increases till 2013-14, and has been consistently lower thereafter. All this shows that in the complex prioritisation matrix of the government, health is accorded a lower priority.

Despite all the disappointments, the Finance minister has shown some remarkable policy directions in the Union budget of 2017-18. The budget document states that communicable diseases like Kala-azar, Filariasis, Leprosy and Measles need to eliminated, and gives definite timelines to the same. Elimination of Tuberculosis by 2025 is also being planned, but considering the current state of affairs, the target is too lofty and may not be achievable in the short span of 8 years. Another focus area has been the severe shortage of specialist doctors, especially in the rural areas of the country. Jaitley has envisaged an ambitious programme to increase the number of postgraduate seats by 5000 every year.

Also, specialisation through the Diplomate of National Board (DNB) route has been made easier by roping in district hospitals and large private hospitals to conduct three year specialty courses. The decision to start two more institutions similar to All India Institute of Medical Sciences (AIIMS) is the only significant decision on the health infrastructure front. The decision to convert lakhs of sub-centres into health and wellness centres can improve its scope and relevance in the era of epidemiologic transition when non-communicable diseases are becoming more common, even in the vast rural hinterland of the country. The plan to issue Aadhar-based health smart cards to senior citizens has the potential to be the starting block in building a comprehensive health information system for the country.

The budget speech of Jaitley has been silent on many pressing issues facing the health sector in India. India has one of the highest household out-of-pocket health expenditure in the world, apart from one of the most inequitable health allocation. The Universal Health Coverage (UHC) was promoted by the erstwhile Planning Commission as the panacea for all these issues. The ambitious UHC programme envisaged universally accessible and equitable healthcare solutions to the total population of our country, even though critics were of the view that it is a fiscal ‘hara-kiri’ for the government.

Ever since the Planning Commission was replaced by a more docile body like NITI-Aayog, the UHC programme has been put in the back burner. As the latest Economic Survey adopted a laudatory position on Universal Basic Income, most of the public health experts expected the Finance minister to speak on Universal Health Coverage, but it was not the case. The budget was also not very vocal on issues like the need for expanding generic drug manufacturing or the government’s own scheme of ‘Jan Aushadhi’ stores to market generic medicines.

With the impending roll-out of Goods and Services Tax (GST), the fiscal situation is expected to stabilise over the coming few years. The Finance ministry should be bold enough to allocate more money for health, water resources, sanitation and education. Only drastic measures can pull the nation’s public health system out the current mess and help build a healthy generation who are able to take on the challenges of a changing world.

Your form could not be submitted.
This browser settings will not support to add bookmarks programmatically. Please press Ctrl+D or change settings to bookmark this page.
Topics : #Union Budget 2017