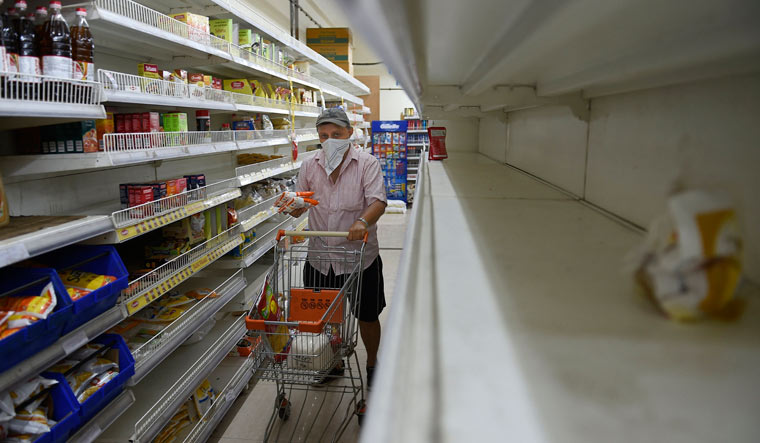 There has been incessant price hikes across staple categories (a set of essential products used by consumers) with most of the segments witnessing increase in prices. Nonetheless, a few categories also saw price corrections and single digit price rise in August 2022.

As per the latest report by Kotak Institutional Equities, many product launches, relaunches and product strategies were also seen across categories during the period. Home and personal care categories saw price rises while there was a decline in the edible oils in the food and beverage category and some price correction in the agriculture category.

As per the report, home and personal care category witnessed some stability over the past two months. Companies such as Godrej Consumer Product Limited, Wipro and Patanjali took price increases in select SKUs (stock keeping units) in the range of 4-6 per cent. Detergents witnessed another round of single-digit price increase across brands. Hindustan Unilever raised prices of select SKUs of Rin bars and Wheel detergent by 5-8 per cent. In toothpastes, Colgate raised prices of select SKU of Colgate Herbal by 23 per cent while Hindustan Unilever made a 3-6 per cent increases across its brands. Both Dabur (Meswak) and Patanjali (Dant Kanti) made hikes by 4 per cent and 11 per cent respectively, reducing the pricing gap between both brands. In shampoos, Patanjali took an 18 per cent price cut even as both P&G and Hindustan Unilever further increased prices of Head & Shoulders and Tresemme shampoo by nine and six per cent respectively. At the same time, price hikes were also seen in face creams, body lotions and perfumed hair oils.

During the same period, in the food and beverage category there were price cuts in edible oils across companies in line with sharp fall in palm oil prices. Saffola oil prices reduced in the range of 11-16 per cent while Sundrop Nutrilite price increased by 30 per cent. Nestle increased prices of Nescafe-Sunrise coffee by three-six per cent. Nestle also raised the price of its milkmaid brand and Everyday milk powder by four-five per cent. In biscuits, Parle took hikes in range of 10-20 per cent in Bourbon, Krackjack and Monaco while Britannia increased prices of 50-50 and Nice by 12 to 5 per cent respectively. Similarly ITC increased the price of select SKU of Sunfeast Marie Light by seven per cent and Mom’s Magic cookie butter by 25 percent. At the same time Hindustan Unilever raised prices of select SKUs of Knorr soups by four-five per cent by way of grammage cuts.

In the soft drinks category, Pepsi increased the price of its 2.25 L SKU by four per cent. There was also selective price hikes in juices, cereals, atta, ketchup and noodles. It was observed that year on year inflation has been still high. Tea prices in India corrected four per cent month on month after rallying in Jun and July 2022 on account of Assam floods. Wheat and barley prices declined four to two per cent month on month but remained elevated yoy.

Liquid milk prices also rose four per cent month on month while milk powder rallied. It is expected that an increase in milk powder prices can impact Nestle and Britannia and elevated wheat prices can hurt ITC and Britannia. There were also new launches and re launches during the period. For instance, Tata Consumer Products has forayed into the premium honey and preserves category under its Himalayan brand. The new product range will be available pan-India in premium outlets. Similarly Hindustan Unilever has launched Tresemme Pro range of shampoo, conditioner, serum and masks while its Indulekha brand has expanded its portfolio with the launch of hair serums and masks. Britannia has launched the new Treat Croissant and has also launched Treat Cheese Wafers, Gobbles marble cake and new Rs5 variants of its cup cake. Nestle has announced plans to introduce its toddler nutrition brand ‘Gerber’ in India, targeting mothers who are young achievers and looking for the best nutrition for their children. Gerber is likely to be priced at 7 times the price of Maggi for the same grammage. Reckitt Benckiser also launched Drain Xpert, solution that clears clogs in 30 minutes.