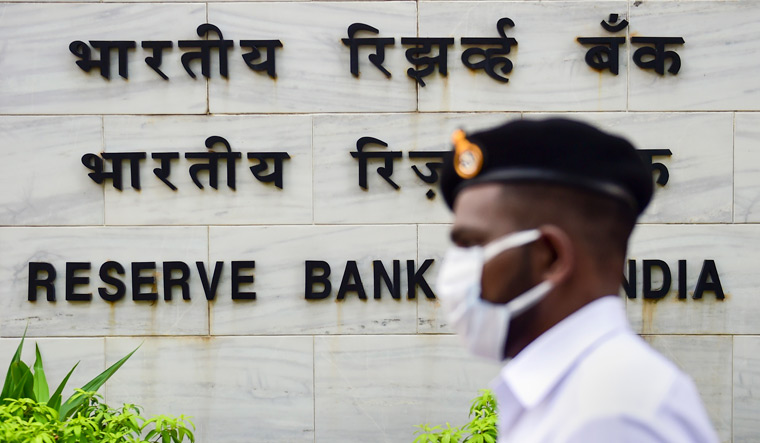 “Successive shocks to the global economy are taking their toll in terms of globalised inflationary surges, tightening of financial conditions, sharp appreciation of the US dollar and lower growth across geographies,” RBI Governor Shaktikanta Das said.

The RBI, as other central banks around the world, had slashed interest rates to record lows in the wake of the COVID-19 pandemic. But, an inflation surge, fuelled by the pandemic driven supply-side issues and the Russian invasion of Ukraine that has led to a rise in prices of oil and other commodities, has forced the central banks to resort to liquidity tightening measures.

In a way, RBI’s hand has also been forced by sharper interest rate hikes by global central banks. The US Federal Reserve last week raised its overnight rate by 75 bps for the second consecutive month, taking its benchmark rate to a range of 2.25 per cent to 2.5 per cent. The Bank of England raised its interest rate by 50 bps on Thursday, its biggest rate hike in 27 years.

In the backdrop of these rate hikes and global economic uncertainties, there have been huge outflows by foreign institutional investors from emerging markets. Das pointed that India has witnessed large portfolio outflows to the tune of US$ 13.3 billion during the current financial year up to August 3.

Friday’s repo rate increase is the Reserve Bank’s third successive rate hike. The MPC raised the repo rate by 40 basis points in May, which was followed by another 50 bps increase in the June policy meeting. Today’s 50 bps hike will take the benchmark rate at which it lends money to commercial banks to 5.40 per cent, compared with the pre-pandemic level of 5.15 per cent, and the Governor has given clear signals that there will be more tightening ahead.

“We are seized of our role at this critical juncture and will persevere in our efforts to ensure a safe and soft landing,” said Das. The MPC will remain “focused on withdrawal of accommodation” to ensure inflation is within the target band, he added.

“The Indian economy has naturally been impacted by the global economic situation. We have been grappling with the problem of high inflation. Financial markets have remained uneasy despite intermittent corrections,” noted Das.

The CPI (consumer price index) inflation in India has remained above the RBI’s 2 per cent to 6 per cent target for six months now. In June, it eased slightly to 7.01 per cent from 7.04 per cent in May.

The RBI Governor noted that the consumer price inflation had eased from its surge in April, but remained “uncomfortably high.” Moreover, it is expected to remain above RBI’s upper threshold in the September and December quarters as well.

RBI has maintained its inflation projections for the current financial year at 6.7 per cent. It is seen at 7.1 per cent in the second quarter, 6.4 per cent in the third quarter and then fall below within its targeted range to 5.8 per cent in the March quarter.

On the growth front too, the RBI has retained its earlier forecast. It expects India’s real GDP to grow 7.2 per cent in the year ending March 2023. It must be noted that RBI’s projections are already lower than that of several multi-lateral institutions. For instance, the International Monetary Fund (IMF) had recently slashed India’s GDP growth forecast for the year to 7.4 per cent from 8.2 per cent.

Domestic economic activity is exhibiting signs of broadening, the RBI noted. However, while urban demand seemed to be improving, rural demand remained mixed, it pointed. Looking ahead, it said, good progress of south-west monsoon was likely to support rural consumption, while urban consumption would benefit from demand for contact-intensive services, better corporate performance and improving consumer optimism.

A depreciating rupee has also weighed on RBI’s actions in recent months. The rupee touched a record low of 80.06 to the US dollar on July 21, although it has pulled back since and traded at 78.99 level, following RBI’s repo rate increase.

Das noted that the rupee had moved in a “relatively orderly fashion,” depreciating against the dollar by 4.7 per cent in the current financial year, while the US dollar index had risen 8 per cent against a basket of major currencies in the same period.

The RBI would remain watchful and focused on maintaining stability of the rupee, said Das.