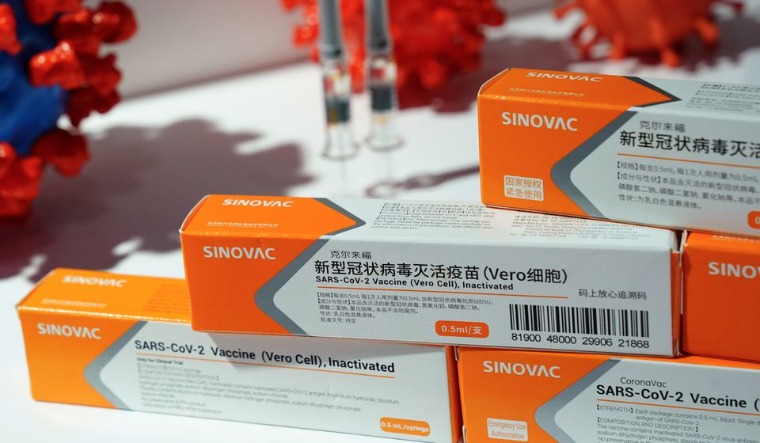 China's muscling into the pharmaceutical industry, helping Big Pharma bite back against generics. But its global ambitions might turn the industry upside down.

Like any good relationship, the burgeoning love affair between China and the relatively small number of global companies known as Big Pharma' offers promise for both parties. For Big Pharma, there's the chance to cut costs and expand into a wealthy, populous market. And for China, the influx of investment is an important stepping stone to fulfilling its long-held desires to create a robust domestic pharmaceutical industry.

The pharmaceutical value chain is composed of a number of key activities: drug discovery and development to identify promising pharmacological candidates, clinical trials to ensure the safety and effectiveness of these drugs in humans, and mass production of approved drugs.

To date, much of this activity has been controlled by Big Pharma, but the business model that has driven their success has entered a period of considerable uncertainty.

Among the reasons for the upheaval in the drug industry and life-sciences sector are declining profits and rising costs, declining research and development (R&D) productivity, and an anaemic drug pipeline.

Big Pharma's profits have fallen partly because of increased competition from generic drug companies exploiting the patent cliff' of former blockbuster drugs. Unlike Big Pharma, which invests heavily in R&D to develop new drugs, generic companies can capture market share by manufacturing existing drugs at lower cost after patents have expired. Many generic drug manufacturers are located in developing economies.

Sales of generic drugs have outpaced those of the pharmaceutical industry in recent years. Some pharmaceutical companies, such as Novartis and Sanofi-Aventis, have responded by building or purchasing generic operations. More generally, Big Pharma is looking to emerging regions such as China for market expansion and to reconfigure the drug-development model by outsourcing clinical trials and some aspects of R&D.

Although emerging regions, including China and India, have already experienced significant investment by Big Pharma, particularly in relation to outsourcing, the long-term success of these regions needs to be evaluated in the context of significant challenges.

Some wonder whether the increasingly global spread of R&D is heralding a paradigm shift in the way companies organise their activities, but there are particular reasons the pharmaceutical and biotechnology industries are moving their R&D to India and China.

Pharmaceutical development cycles last 10 years or more, from the identification of a potential new drug through preclinical testing, mainly on animals, to later clinical trials with humans. In the case of both China and India, foreign multinational companies must establish a local trial-management capability as a condition for market entry.

Because of lower costs and significant potential for market growth, both India and China have emerged as important offshoring centres for preclinical R&D, large clinical trials and contract manufacturing. The increasingly modular nature of R&D activity makes it possible to segment it into particular slices, which helps to avoid significant intellectual-property loss in locations such as China.

As well as being cheaper, China has an abundant supply of science and technology graduates. But because it is still in the early stages of developing its pharmaceutical/biomedical ecosystem, there is a scarcity of leadership and management skills in these areas.

The determination of China's policymakers to attract pharmaceutical investment, particularly in clinical research outsourcing, is reflected in the significant level of state investment in both science parks and soft skills. With its huge population of potential participants in clinical trials, China presents opportunities to Big Pharma for lowering the cost of an essential aspect of drug development, but gaining access to its rapidly expanding market may present particular challenges to foreign companies.

While there is an obvious complementarity between Big Pharma's desire to improve R&D productivity and increase its market share and China's many attractions, it should be noted that China's primary objective is to develop its own pharmaceutical and biotechnology capacity.

To date, China's approach to inward investment has been to provide market access in exchange for technology transfer. But while multinational companies in China realise they must share some technology with Chinese partners, they also seek to ensure as much as possible that their intellectual property does not benefit potential competitors.

Some suggest that China's recent push for indigenous innovation' could negatively affect its innovative capacity if it were to focus too much on domestic applications. Reflecting this domestic orientation, China's share for biotechnology patents has remained at the same level as its overall US Patent and Trademark Office share: one per cent.

So, while Indian and Chinese firms increasingly occupy higher-value segments of the pharmaceutical value chain, few of these firms engage in the discovery and development of new-concept drugs because of the high costs involved and their high failure rates. Most companies instead are engaged in producing low-cost generics or copycat versions of existing drugs, for which there is a significant market in both countries.

China is making rapid progress in gaining access to resources that can support innovation through scientific collaborations and through facilitating clinical trials, but it also needs to invest in basic science and ensure that innovation is not constrained by a bureaucracy that limits autonomy.

Professor Brian Salter of King's College London suggests China can exploit its advantages, including the availability of research materials such as oocytes (immature eggs formed during the female reproductive cycle) and a large pool of human subjects for clinical trials, in exchange for access to basic science and to venture capital. China faces the major challenge of acquiring ownership of intellectual property through a judicious use of national and international patenting systems.

The growth of China's middle class together with China's significant investment in healthcare and its stated plans to provide greater access to healthcare for its huge population presents considerable growth opportunities for the global pharmaceutical industry at a time of falling revenues and very modest growth rates outside emerging economies.

China also presents opportunities for big pharma to reduce its R&D costs and perhaps to reconfigure its low-productivity R&D model.

But China's pharmaceutical and biotech ecosystems are still in the early stages of development and lack an abundance of senior management and scientific expertise with the necessary experience to create an innovative R&D environment for drug development. At this stage the main opportunities China has to offer the global pharmaceutical value chain is in outsourcing clinical trials and producing active pharmaceutical ingredients.

China's current early stage in the development of its life-sciences sector creates a dependency on foreign investors, but the country has a very clearly stated medium-term goal of becoming a significant force in the global pharmaceutical/biotechnology industries. While some commentators are positive about China's capacity to play a significant role in the future development of the global value chain, others suggest it will be quite a few years before innovative drug development becomes a reality in China.