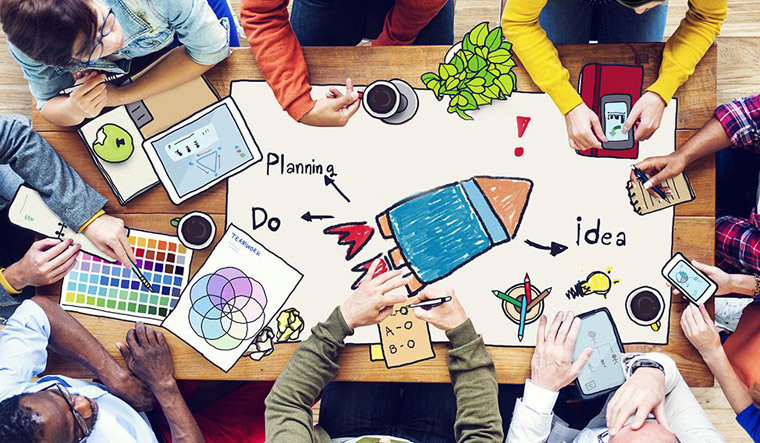 There has been a significant dip in funding in the Indian start-up ecosystem in Q2 (April-June) of the CY (current year) 2022. The funding has almost dipped by 33 per cent from Q1 (Jan-March) of the CY 2022. As per the India Quarterly Startup Report by Tracxn, a SaaS-based market intelligence platform. According to the report, Indian startups raised $ 6.9 billion in Q2 2022 (April-June) in 409 funding rounds, the top startups being VerSe ($ 805 million- Series J), Delhivery ($ 304 million- Series J), and udaan ($275 million- Series D). They were followed closely by ShareChat ($255 million- Series G) and upGrad ($225 million- Series F). Social Platforms, internet first media, payments, B2B E-commerce and E-commerce enablers are the top sectors that received a majority chunk of funding from investors between April and June 2022.

The report is Tracxn’s quarterly proprietary document that tracks the Indian startup ecosystem by delineating the funding raised by startups, investors’ exits through acquisitions and IPOs, and the wider trends of the fundraising landscape. The report observes that 121 new startups closed their first funding rounds, four startups turned unicorns, 62 startups got acquired, and five filed their IPOs during the April to June 2022 period. Leadsquared, Purplle, PhysicsWallah, and Open became new unicorns. With this, the total valuation of unicorns escalated to $ 31.8 billion in Q2 2022. G.O.A.T Brand Labs, Fashinza, and Itilite entered the soonicorn (soon to be a unicorn) club with fundraises of $88 million, $135 million, and $47.2 million respectively. With respect to exits, while eMudhra, Delhivery, Handicrafts village, Eighty Jewellers, and Veranda Learning Solutions filed for IPOs (Initial Public Offering), Blinkit (By Zomato), Whiteteak (By Asian Paints), and MyHQ (By ANAROCK) were the top acquisitions during the quarter.

However, the total funding raised this quarter declined by 33 per cent from $10.3 billion in Q1 (Jan-Mar) to $6.9 billion in Q2. It also witnessed a decline in comparison to the same quarter last year (Q2 2021), where the total funds raised were $10.1 billion. During Q3 in the CY 2021 start-up investments had topped the charts with $15 billion in funding rounds, which surprisingly has not been surpassed in recent times. Due to this, there is a consensus amongst market players of a ‘winter of funding’ or a downturn in investors’ confidence and sentiments towards funding startups. Funding winter is a result of the market slowdown and economic volatility based on the current macroeconomic conditions and geopolitical situation that’s intensifying inflation, interest rates, and commodity prices.

Bengaluru, Delhi, and Mumbai are the top cities attracting maximum investments, as per the report. While IPV and Blume Ventures topped the investment charts in seed-stage startups, Sequoia Capital and Accel ranked highest in the early-stage startups funding standing. Sofina and DST Global are the leading late-stage institutional investors.

“Though investors are a little wary due to the current environment it hasn’t dampened the investment spirit of the community. They have become more decisive about the startups they want to nurture and are focusing extensively from a long-term gain perspective.”, said Abhishek Goyal, Co-Founder, Tracxn.

In an earlier analysis done by THE WEEK in June 2022, it was rightly predicted that funding is expected to remain scarce for start-ups in India for the next year. It was predicted that after a great bull run of impressive funding and magnificent valuations in the last two years, the phase of exuberance appears to be waning for the Indian start-up ecosystem. This is due to the interplay of a host of macroeconomic and geopolitical factors induced by sporadic lockdowns across the world, leading to supply chain disruptions and economic heat and inflationary pressures generated by the Ukraine-Russia war causing a rise in interest rates. The increased funding by angel investors, low cost of interest leading to greater capital, a buoyant equity market, and chasing of new but unknown business valuations were so disruptive that traditional norms of valuations based on cash flows or earnings were ignored.

As per the analysis in times of global instability, investors are being more conscious and cautious about the viability and sustainability of the technology product while digging deep into their pockets. While the downside risks to big cheques for start-ups will have major implications, it also presents the opportunity to the startups to rationalise their operations that are burning cash, and adopt a more focused approach, product-wise and geographically, till the funding eases out.