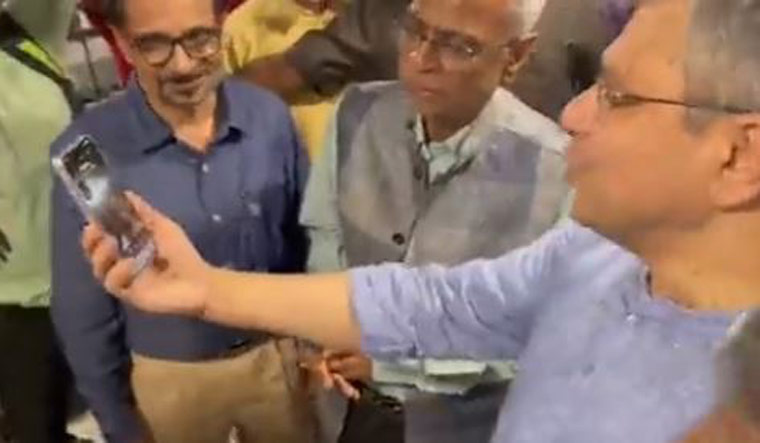 Vaishnaw said the achievement was a realisation of the vision of Prime Minister Narendra Modi. “His (PM's) vision is to have our own 4G, 5G technology stack, developed in India, made in India and made for the world. We have to win the world with this entire technology stack,” Vaishnaw said after making the call. Earlier this week, Modi had inaugurated the country's first 5G test-bed, incubated at IIT Madras, to enable startups and industry players to test and validate their products locally and reduce dependence on foreign facilities.

The government expects commercial rollout of 5G services to start in the country by August-September this year.

Meanwhile, state-owned telecom provider BSNL has indicated it intends to conduct a large-scale rollout of 4G services by the end of 2022. BSNL has seen steady erosion of its mobile market share over the past decade; a major factor for this was repeated delays in rolling out 4G services. In 2021, BSNL and MTNL had collective cellular market share of around 9.9 per cent.

BSNL CMD R.K. Purwar was quoted by The New Indian Express as saying BSNL would have nearly 1.5 lakh 4G sites in the country by the end of 2022.

Purwar acknowledged “The problem with us (BSNL) was that our product was not competitive in the market. While other telecom operators in the country are offering 4G services, we are still selling 2G or 3G.” Interestingly, he claimed BSNL would “quickly switch to 5G technology from 4G”.