Iranian apples had been reaching India via Dubai 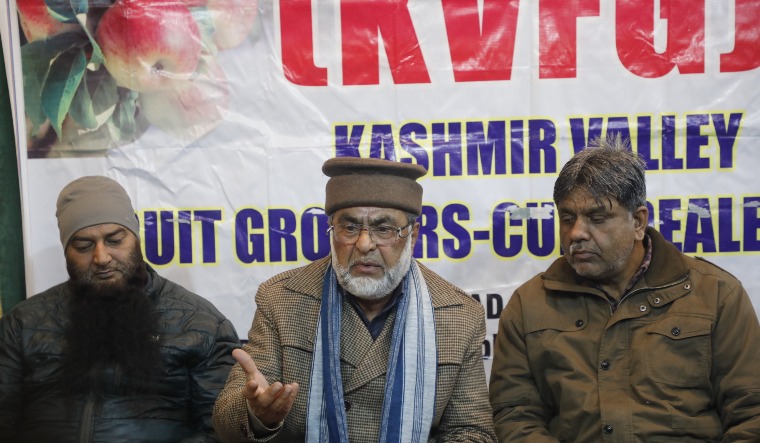 Apple growers in Jammu and Kashmir on Wednesday sought the intervention of Prime Minister Narendra Modi to prevent the huge losses they have incurred due to the import of Iranian apples to India.

Addressing a press conference in Srinagar, President of Kashmir Valley Fruit Growers and Dealers Association and New Kashmir Fruit Association Bashir Ahmad Bashir said traders outside Kashmir have imported huge quantities of apples from Iran at cheap rates due to the sanctions on Iran.

“Iranian apples are selling cheap, but they cannot match the quality of Kashmiri apples,” he said. “Iran is under sanctions; that is why Iranian apple is cheap to import.”

He said the Iranian apples had been imported to India via Dubai.

“Last year, Iranian apples were also imported to India via Pakistan,” he said. “There are reports that more than 150 trucks are waiting for Indians from Afghanistan.”

He said the import of Iranian apples into India via Afghanistan and Pakistan has become difficult after the Taliban takeover of Afghanistan.

He said this year the apple production has been better in the Union territory than last year due to the introduction of high-yield varieties by the government.

“Our apples are fetching less than half the market price due to import of Iranian apples into India,” he said. “The profit margin on Kashmiri apples is less as we have to spend on fertiliser, labour and packing also.”

He said the import of Iranian apples will also impact apple growers in Himachal Pradesh and other states.

“The Iranian apples are selling cheap because there is little duty on imports and the government also doesn’t charge taxes on cold storages in Delhi and Mumbai,” Bashir said.

“We are getting reports from Delhi, Mumbai, Kolkata and Kerala that the price of Kashmiri apples has declined from Rs 1,200 per box to Rs 600, which will inflict huge losses on the growers. The production cost of one apple box is Rs 600; moreover, the transport charges costs Rs 300 per box,” Bashir said. “The GST has increased from 12 per cent to 18 per cent. Now, how can a grower sell his produce at such low rates?” he asked. Bashir said they have repeatedly requested the government to intervene and save the apple industry in Kashmir, which provides livelihood to lakhs of people in Kashmir and also outside.

“We met the Union agriculture minister, but he didn't take any action to stop the supply. Then we wrote to the prime minister, L-G office, but to no avail,” he said.

“Modi stresses on Make in India, then why are we importing goods from outside when we have our own production?” he asked. “PM Modi should uphold his own slogan.”

Horticulture, especially apples, is the backbone of Kashmir's economy. It fetches Jammu and Kashmir Rs 8,000 crore annually. More than 40 per cent of 80 lakh people in Kashmir, including seven lakh farmers, are linked to the trade.