The company has opened pre-bookings for Slavia from Thursday 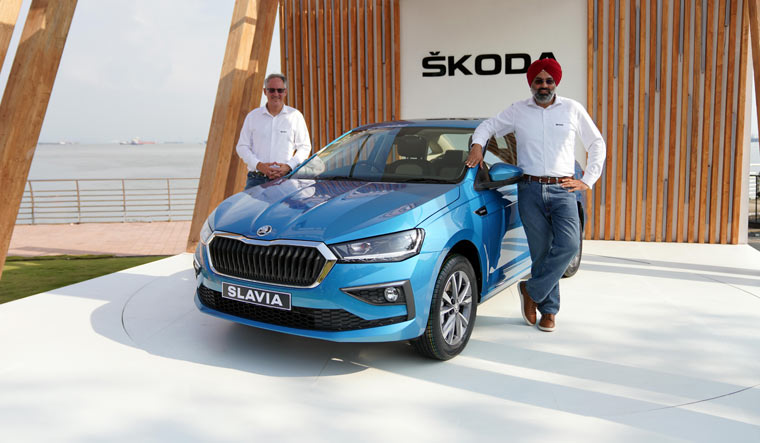 Czech car maker Skoda, on Thursday, revealed the second product under its India 2.0 strategy. The Skoda Slavia sedan is expected to replace the Rapid, which has been in the Indian market for the last decade.

In 2018, German car maker Volkswagen had announced its India 2.0 project. Under this strategy, Volkswagen and its sibling Skoda would develop products based on the MQB AO IN platform for the country. The first part of the strategy was to focus on the fast growing mid-size SUV segment. The Skoda launched the Kushaq and Volkswagen drove in the Taigun this year.

Now in the second step, as the Volkswagen Group looks to expand its portfolio and tap a wider audience, Skoda is launching the Slavia sedan, which will share its underpinnings with the Virtus sedan that Volkswagen is slated to launch in 2022.

While the company has opened pre-bookings for the Slavia from Thursday, sales will begin in the January-March quarter of 2022.

“This model will usher in a new era in the Indian market. We want to significantly increase our sales with the Slavia and Kushaq. Our overarching goal is to develop Skoda into a leading European brand in India. India is an integral part of our next level Skoda strategy 2030,” said Thomas Schafer, CEO, Skoda Auto.

The Slavia will rival the likes of the Honda City, Maruti Suzuki Ciaz and the Hyundai Verna in mid-size sedans and can help Skoda step on the gas in the segment, where it has lagged behind due to the aging Rapid.

According to Skoda executives, the Slavia is not just longer and wider than the Rapid, its the widest in its class and also has the longest wheelbase. The Slavia is a five-door sedan but gets coupe-esque looks. Manufactured in India, it will have a localisation content of close to 95 per cent.

The Slavia will get a lot of technology, safety and comfort features as well and will be available in five colours and three trim levels.

The Octavia and Superb are the other two sedans that Skoda sells in India in the premium segment and now the Slavia should help it gain further traction.

“The Slavia represents a new growth area for Skoda Auto. It will further help us strengthen our dominance in the segment, which is estimated to grow over 100 per cent over the next decade. When we started in 2018 (the India 2.0 strategy), one of the objective of the group was to capture five per cent market share by 2025. With the Skoda Kushaq and the Slavia we are getting ever closer to achieving this ambition,” said Gurpratap Boparai, managing director of Skoda Auto Volkswagen India.

According to data released by the Federation of Automobile Dealers Association of India on Thursday, Skoda Auto Volkswagen India Private Ltd retails stood at 4,686 units in October 2021, compared with 2,568 units sold in October 2020. Its market share has risen to 2.05 per cent from 1.0 per cent a year ago.

The company hasn’t announced pricing details yet for the Slavia. However, it is expected to be priced in the Rs 10 lakh to 15-16 lakh range ex-showroom. Price of the current Rapid sedan starts around Rs 8 lakh and goes up to Rs 13.50 lakh ex-showroom.