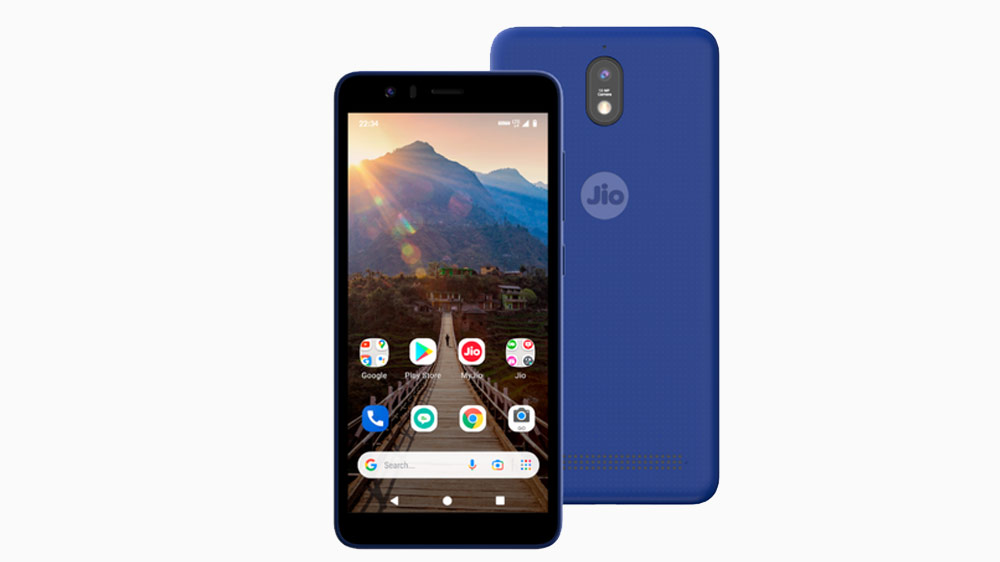 The full price of the much anticipated JioPhone Next, jointly developed by Reliance Jio and Google, is Rs 6,499. At that range, it is not the cheapest Android device in the market, and it rubs shoulders with competitors like the Samsung Galaxy M01 Core (which starts from Rs 4,999), the Realme C11 (Rs 6,799) and a host of smartphones by iKall and iTel.

But, with an array of smart features, the JioPhone Next is aimed to be the most accessible smartphone yet for the Indian public, part of Alphabet’s plan to capture the “next billion” users. To tap this, JioMart’s Digital’s network of over 30,000 retail partners will be selling the phone with a “paperless digital financing option” that Reliance says will extend to the “remotest corners of the country”.

With consumer research suggesting that Indians won’t buy a phone if it costs over two per cent of their annual income, the solution appears to lie in easy monthly instalments: Jio and Google say the JioPhone Next can be availed for as little as Rs 300 a month, which will include a Jio plan with 5GB data and 100 minutes.

Jio isn’t the first company to offer EMIs at this level: EMIs for the Galaxy M01 Core start at Rs 174 a month. But the JioPhone Next adds a few AI-powered features that could give the phone an edge over the “stock” Android in its budget Android One competitors.

The phone will run “Pragati OS”, an optimised version of Android designed specifically for this model. Jointly developed by Google and Jio, it is geared at helping India’s multilingual population use AI translation tools to access cross-language content. “I can speak in one language, and the phone will translate that into another language,” JioPhone Next product management Binish Parangodath said.

JioPhone Next will have a translation feature working in 10 Indian languages. It packs a Qualcomm Snapdragon 215 SoC which will help it run the “Translate Now” feature promising live text translation of 10 popular Indian languages using the phone’s camera and digital assistant. The phone has been designed with “read aloud” functionality allowing content on screen to be read out in the user’s preferred language. It also adds a few camera features seen in more premium devices, like HDR, portrait mode (blurring the background of a subject) and a low-light Night Mode.

There are also Augmented-Reality features taken from SnapChat.

"Google has also partnered with Snap to integrate Indian-specific Snapchat Lenses directly into Camera Go, the phone’s camera app, which will create a more delightful and innovative photo-taking experience for users," the company said in a release.

Google also promises updates that will enhance the p[phone’s experience over time. There is also an offline sharing option that appears to use Bluetooth called “nearby share”.

Sundar Pichai, CEO, Google and Alphabet said, “The JioPhone Next is an affordable smartphone designed for India, inspired by the belief that everyone in India should benefit from the opportunities the internet creates. To build it, our teams had to work together to solve complex engineering and design challenges, and I’m excited to see how millions of people will use these devices to better their lives and communities.”

Mukesh Ambani, Chairman and Managing Director, Reliance Industries, said, “I am delighted that Google and Jio teams have succeeded in bringing this breakthrough device to Indian consumers in time for the festival season, inspite of the current global supply chain challenges caused by the Covid pandemic. I have always been a firm believer in the power of the Digital Revolution to enrich, enable and empower the lives of 1.35 billion Indians. We have done it in the past with connectivity. Now we are enabling it again with a smartphone device."