'Investors should moderate return expectations given where equity valuations are' A strong recovery in corporate earnings even as the economic growth remains uncertain due to the COVID-19 pandemic is giving investors hope. However, equity investors should moderate their returns expectations given the high valuations, according to Gaurav Mehta, fund manager at SBI Mutual Fund, the country’s largest fund house. 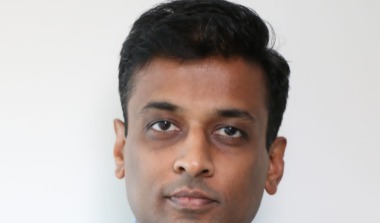 In an interview with THE WEEK, Mehta said central banks in developed markets were likely to remain accommodative to support economic growth, and any monetary policy normalisation is going to be gradual.

The narrative on equities globally has moved from looking at conventional valuation metrics like price-to-earnings or price-to-book to looking at equity risk premium (ERP). ERP essentially looks at equity valuations in relation to the level of bond yields. To the extent that bond yields stay low globally, this is helping sustain what otherwise may look like elevated equity valuations.

The other piece that has enthused investors is the strong prints on corporate earnings over the past few quarters at a time when economic growth is yet to find a footing. This has given hope that the over-decade-long declining trend on the corporate profits-to-GDP ratio has been arrested. At a time when economic growth has likely troughed, an uptick in profits-to-GDP could lead to non-linear uptick in earnings over the next few years. While we are constructive on the earnings upcycle, investors would do well to moderate their return expectations given where valuations are.

In the near term, the biggest risk in our view is the stretched reading on our in-house equity market sentiment measure, which suggests an overheated market. This renders the market more vulnerable in the event of any perceived negative news flow.

Even as large-cap indices are at a record; we have seen many small caps and mid caps correcting in the last few weeks. Why?

For over two years, even before the COVID crisis struck, between early 2018 to early 2020, mid and small caps were underperforming large caps, given a double whammy of tighter liquidity and sluggish economy. At COVID lows of March 2020, market capitalisation was extremely polarised in favour of large caps, rendering the rest of the market very attractive on a relative basis.

Since then, as the market recovery took shape, both liquidity and economic outlook changed for better, disproportionately benefiting mid and small caps. However, after their strong relative performance, valuation differential versus large caps has reverted to historical norms, suggesting that the risk-reward has turned more balanced on that front now.

SBI Balanced Advantage Fund got record inflows. What is driving these flows into mutual funds? Are balanced advantage/dynamic funds the go-to theme for investors now and why?

Formalisation of the economy and financialisation of savings have been emerging as prominent structural themes in India over the past few years. Yet, the asset allocation decision is becoming increasingly challenging today. Nominal yields on fixed-income instruments stay low and are not even compensating for inflation. This is forcing several conventional fixed-income investors to look at other avenues for returns. At the same time, many investors may not be very comfortable with equity drawdowns, and the current valuations on equity are making them more jittery. A combination of these factors should mean that investment avenues that hold the promise of inflation-beating returns while also mitigating drawdown risks should continue to attract investor interest and flows.

Which are the sectors you feel comfortable parking money at this juncture from a 12-36-month horizon?

We continue to be bottom-up driven in our investment approach. However, generally speaking, the last decade had been all about deflationary assets as growth stayed anaemic. Within equities, stocks that offered safety and earnings visibility did well. Today, with the global policy backdrop staying strongly growth supportive, winners over the next few years could look very different as economic growth picks up.

More generally, investors should move focus to quantum of growth versus just safety. High-growth opportunities could come from two pockets: a) Pro-economy sectors such as discretionary consumption, industrials and auto ancillaries on one hand and b) structural themes such as speciality chemicals, engineering exports, pharma, insurance and saving plays, and consumer durables should continue to provide high-growth opportunities as well.

Indications from major central banks, including RBI, are that there will be an unwinding of easy money policies from next year. What’s your view? Will interest rates rise in 2022?

A key concern for investors globally over the past few weeks has been the likely normalisation of central banks’ easy money policies and the consequent impact on economies and markets. The Federal Reserve chair’s comments at the recently concluded annual Fed symposium, however, have been favourably received by the markets as he made a clear distinction between “start of taper” and an eventual “lift off” with respect to policy rates, with the latter likely a fair distance away.

Noise surrounding delta variant of COVID could possibly push back even the modest normalisation, which has been laid down. In our view, monetary policy in key developed markets may broadly stay accommodative, allowing fiscal policy more space to operate, given the now well-appreciated need for continued fiscal expansion to revive those economies. Therefore, lower rates for longer may continue to be the guiding mantra for the western central banks. While emerging markets (EM) central banks will have their own local dynamics to pay heed to, an accommodative stance from their developed markets (DM) peers should provide them with more leeway too in operating their monetary policy.

We have already seen FII pull-out from emerging market equities, including from India in the last two months. Do you expect this outflow to only pick up pace as US growth improves?

A host of reasons including fears around central bank policy normalisation, economic slowdown in China, Chinese regulatory clampdown on the private sector and continued fears around COVID waves have led to a bit of nervousness among investors lately. The global reflation trade has suffered as a result. However, India’s performance has hardly been in line with EMs. The year to date performance for India has been significantly stronger than the EM index, which has largely flat-lined, and has been better than most DMs as well. This has led to India’s valuation premium to EM to expand significantly.

On US growth, we have seen robust prints so far helped by one-time benefits transfers during the pandemic, pent-up demand and reopening. Yet for a meaningful and sustained pick-up in growth, infrastructure spends by the government, as currently proposed, will have to pick up in our view. For markets too, legislation on this front should be an important trigger for the reflation trade to make a comeback. That should help flows to EMs even as India may risk giving back some of its strong out-performance.

What impact will the eventual monetary policy normalisation have on Indian capital markets? Is it going to be a situation like the 2013 ‘taper tantrum’ (there was sharp sell-off in stocks after US Fed had announced tapering of its bond-buying programme) once again?

India is in much better shape today than in 2013, with significantly better forex reserves, more comfortable inflation and much better economic growth outlook. We also believe that after failing to beat deflationary forces over the past decade, the central focus for DM central banks will be to bring back growth. In that context, we expect normalisation to be very gradual and well signalled, and unlikely to derail economic momentum. A look at the US bond yield curve also suggests a very different reaction versus the last episode.

Unlike a sharp rise in longer-end yields following the taper announcement in 2013, yields have fallen this time around. While the risks from policy mistakes are non-trivial, the bigger worry in the near term stays the course of the virus and its impact on growth and inflation owing to continued, localised disruptions in several parts of the world.