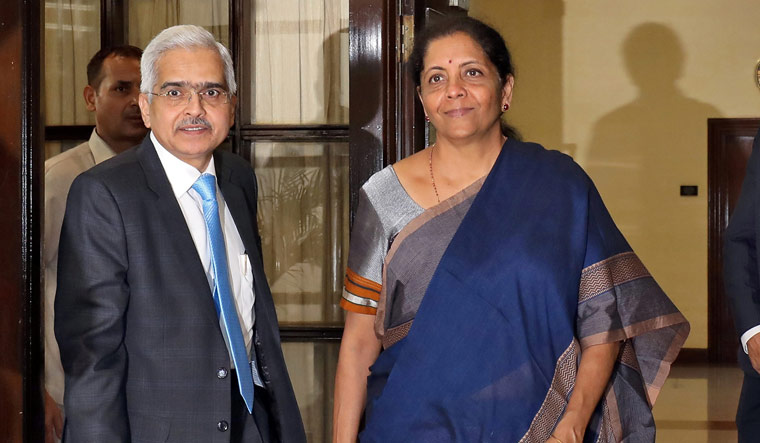 The Reserve Bank of India (RBI) on Friday left the repo rate unchanged at 4 per cent and continued with an “accommodative” stance as was widely expected. However, the vote to maintain an accommodative stance was less than unanimous, and there are some signs that the central bank may be beginning, albeit slowly, to reverse the ultra-loose monetary policy it has had through the COVID-19 pandemic.

Throughout the monetary policy committee announcement, RBI Governor Shaktikanta Das stressed that the central bank will continue to support growth and nurture the nascent economic recovery. He also said the inflation was transitory. Yet at the same time, inflation forecast has been upped by 50 basis points.

“We may have seen a nascent attempt by the RBI to normalise the monetary policy operations,” said Pankaj Pathak, fund manager – fixed income, Quantum Mutual Fund.

Over the next six months, Pathak expects the RBI to reduce the excess liquidity in the banking system. He sees an increase in the reverse repo rate from 3.35 per cent to 3.75 per cent and as growth stabilises, a subtle move away from the accommodative stance and then to a gradual beginning of rate hikes to narrow the gap between short-term rates.

“The split in the MPC voting from 6-0 to 5-1 on the stance of the monetary policy and the relative confidence in the RBI to announce higher VRRR auctions suggests the thinking within the RBI to begin the process of normalising liquidity and interest rates,” he said.

There are others, too, who see small steps towards normalisation in RBI’s moves.

“A phased increase in the quantum of VRRR operations to Rs 4 lakh crore is one such measure that in our view marks the beinning of a cautious withdrawal of exceptional, post-COVID accommodation,” said Churchil Bhatt, EVP debt investments, Kotak Mahindra Life Insurance Company.

He says one could expect further baby steps towards rate and liquidity normalisation as economy continues to improve.

“This liquidity normalisation should be viewed as a gentle calibrated move, partly in response to large excess liquidity surplus in the system, and not as an aggressive roll-back of monetary policy support,” opined Abheek Barua, chief economist at HDFC Bank.

In response to tighter liquidity conditions, he expects short-term rates to increase and return on instruments like commercial papers to rise.

Dharmakirti Joshi, chief economist at ratings agency CRISIL, sees “tightening down the road,” that the economic recovery is expected to gain momentum in the second half of this fiscal, and inflation remaining elevated. He expects a 25 basis points repo rate hike by the end of March 2022, to 4.25 per cent from the current 4 per cent.

“The transition from low interest rates and easy financial conditions to post-pandemic normalcy can be a bumpy one. The RBI is trying to smoothen the process by gradually draining excess liquidity through VRRR operations,” said Joshi.

Sandeep Bagla, the CEO of Trust Mutual Fund, also felt the monetary policy was “hawkish at the margin.”

“RBI has acknowledged the strong growth and negative surprise on inflation front. One of the MPC members has voted for change in accommodative stance. While there is no real change in the policy, bond market participants will take the nuanced change in language seriously,” he said.

How things pan out over the next few months, especially on the pace of vaccinations and a possibility of a third wave of COVID-19, will weigh on how RBI moves through the course of the financial year. Furthermore, if inflation continues to remain on the higher side of the target band and growth revives further, how long will the RBI continue tilting towards reviving growth will also be worth watching out for.

Suvodeep Rakshit, senior economist at Kotak Institutional Equities, feels it is unlikely that the RBI will change its policy stance in the October policy either, although the split voting pattern could further increase.

“We expect the start of policy normalisation in the form of hike in reverse repo rate could be around the December policy after risks of further COVID wave fade amidst the higher pace of vaccination and visibility of durable growth,” said Rakshit.