'Attractive' voluntary retirement scheme to get rid of the extra flab: Sources 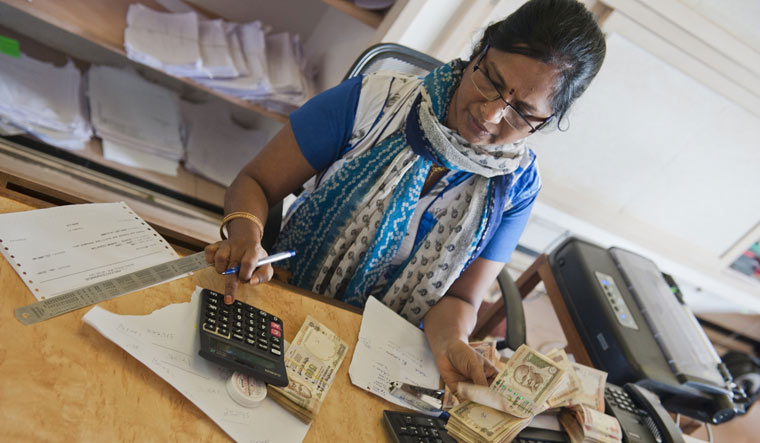 Two state-owned banks being picked up for privatisation by the government are likely to come out with an attractive voluntary retirement scheme (VRS) to get rid of the extra flab, sources said. Finance Minister Nirmala Sitharaman while unveiling Budget 2021-22 on February 1 had announced that the government proposed to take up the privatisation of two public sector banks (PSBs) and one general insurance company.

An attractive VRS will make them lean and fit for takeover by the private sector entities that are keen to enter the banking space, the sources said.

VRS is not forced exit but option for those who would like to take early retirement with good financial package, the sources said adding that it has been done in the past before the consolidation of some of the PSBs.

The NITI Aayog, which has been entrusted with the job of identifyng suitable candidates for the privatisation, has recommended names to a high-level panel headed by Cabinet Secretary Rajiv Gauba.

Central Bank of India, Indian Overseas Bank, Bank of Maharashtra and Bank of India are some of the names that may be considered for privatisation by the Core Group of Secretaries on Disinvestment.

Following clearance from the Core Group of Secretaries, the finalised names will go to the Alternative Mechanism (AM) for its approval and eventually to the Cabinet headed by Prime Minister Narendra Modi for the final nod.

Changes on the regulatory side to facilitate privatisation would start after the Cabinet approval.

Meanwhile, banking sector regulator RBI also said it is in discussion with the government over the privatisation of PSBs.

The government has budgeted Rs 1.75 lakh crore from stake sale in public sector companies and financial institutions during the current financial year. The amount is lower than the record budgeted Rs 2.10 lakh crore to be raised from CPSE disinvestment in the last fiscal.

In addition to PSBs, the government also plans to exit LIC-controlled IDBI Bank.

Last month, the Union Cabinet gave in-principle approval for strategic disinvestment along with transfer of management control in IDBI Bank.

The central government and LIC together own more than 94 per cent equity of IDBI Bank. LIC, currently the promoter of IDBI Bank with management control, has a 49.21 per cent stake.

Meanwhile, bank unions have opposed the move of privatisation of banks and went on two-day strike in March under the banner of United Forum of Bank Unions. Besides, they are taking to social media to register their protest against privatisation calling it a retrograde move by the government.

PSBs have sanctioned 95 per cent of the total loans under the PM SVANidhi scheme, which aims at providing street vendors loans of up to Rs 10,000 to restart their business post the COVID-induced lockdown last year.