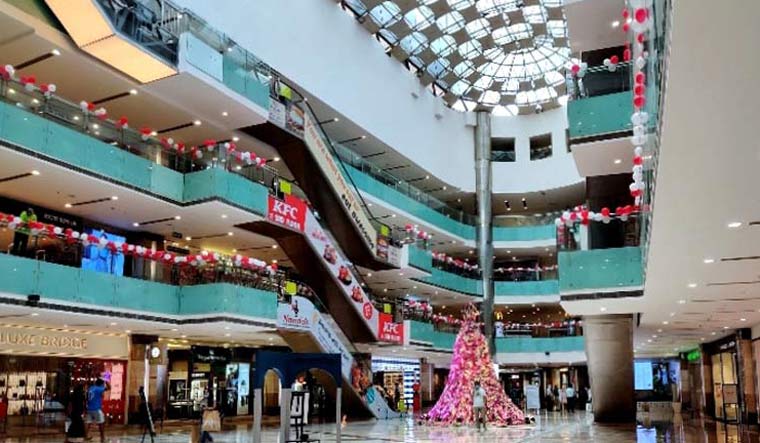 Staring at ‘enormous losses’, India’s shopping malls are pleading to the government for a speedy ‘unlock’. Mall operators' associations have written to chief ministers of various states calling for the same.

Almost all malls and shopping centres across the country have been shut for nearly two months now, as the deadly second wave of Covid-19 surged across India. Rough estimates put the losses to this sector at Rs 28,000 crore at least through April and May.

The Shopping Centres Association of India (SCAI) has written to chief ministers of Delhi, Maharashtra, Punjab, Madhya Pradesh etc, as well as city/civic administrations of Mumbai, Chandigarh, Indore and Bhopal. The letters talk of ‘humongous financial losses’ to the industry, and adds, “This also resulted in loss of employment to millions of workers. Almost 80 per cent employees working in malls, shops, restaurants and service sectors are from economically weaker sections and get directly impacted with such disruption.”

“Our income is zero,” said Yogeshwar Sharma, CEO and executive director of Select Citywalk, the biggest mall in the national capital. Sharma called for a waiver of taxes, even while suggesting that any rental cuts for retailers from mall operators, like was the demand last year, unlikely. “We have to share this pain. You can’t expect us to bear all the losses — our income is zero while retailers have other options, like selling online.”

The SCAI letter also pointed out how malls are better equipped to deal with the pandemic. “As an organised sector, we could restrict the number of people entering, ensure they are properly screened and hygiene is maintained.” Pushpa Bector, director SCAI and executive director of DLF shopping malls, the largest mall operator in the country, pointed out how “all good malls” are now circulating treated fresh air instead of relying only on enclosed air-conditioning. “We are meeting protocols national and international,” she said.

Last week, while standalone shops and those in markets were allowed to re-open with conditions in states like Haryana, shopping malls were kept closed - Haryana’s Gurugram (Gurgaon) has the highest number of shopping malls in the country. Delhi and Mumbai, two of the biggest mall markets in the country, are also said to be looking at gradually easing restrictions in June — the question remains whether shopping malls, along with their multiplexes, gyms, restaurants and bars will find themselves shut out of the initial ‘Unlock’ processes, like last year.