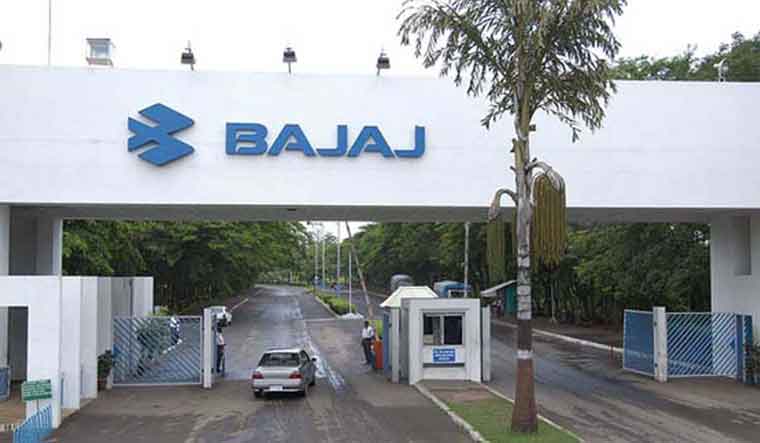 Bajaj Auto on Thursday announced a host of measures for its employees, including monetary support staff families for up to two years in case of death due to COVID-19, and up-gradation of the COVID care centre at in Aurangabad, as the country battles the second wave of the pandemic.

These measures are in addition to several initiatives already undertaken by the company over the past year, Bajaj Auto Ltd said in a release.

Bajaj Auto has also extended the support of its engineers who have worked closely with government authorities to audit the oxygen systems at more than 70 hospitals across districts in Maharashtra to prevent wastage of this precious resource, the company said.

Bajaj Group has already committed a total of Rs 300 crore towards the various government, local administration and NGO initiatives, including the procurement of 12 oxygen plants and several other respiratory support equipment so far, in the government's fight against the deadly virus.

COVID-19 has shown that the mental well-being of employees is as important as physical, and they need to be cared for in a wholesome manner, it said.

Under the new policy, in the unfortunate event of an employee's death due to COVID, his/her family will receive monetary support up to a period of two years after their demise.

Besides, the company will also assist with dependent children's education till graduation in any field of their choice. In addition to this, there will be 5-year hospitalisation insurance for all family members of the deceased employee, Bajaj Auto said.

"...We shall do our utmost for any extended families of Bajaj Auto who might be devastated by the loss of their loved ones who went beyond the call of duty in the face of this pandemic," said Rajiv Bajaj, Managing Director, Bajaj Auto said on the additional measures.

Apart from financial contributions, Bajaj Auto had already started facilities for tests and treatment at its multiple COVID care facilities, all equipped with professional medical care and 24X7 monitoring, the company said.

As part of the initiatives in Waluj, Aurangabad, the oxygen production project at the Primary Health Centre set up on behalf of Janakidevi Bajaj Foundation was also inaugurated recently, said the company.

During the first wave, the company had started a 32-bed facility at its Akurdi plant that operates from eight buildings and provides free treatment by trained medical personnel. This was in addition to its other COVID centres in Waluj (200 beds), Chakan (16-bed)and Pantnagar (15-bed).

While a certain proportion of beds are reserved for the company's employees and its staff, the remaining serve the requirements of the respective communities. It has also tied up with various municipal corporations to set up vaccination camps to inoculate its employees and their families, the company said.

The company has tied up with Akurdi Hospital and the Pune Municipal Corporation to set up vaccination camps to inoculate its employees, their families, and the extended workforce. It is also talking to vaccine providers in accordance with the rules framed by the government for procurement of vaccines.

The Waluj centre has been set up under the aegis of Kamalnayan Bajaj Hospital. This COVID care centre began as a 36-bed facility in June 2020 and has since been expanded to a 200-bed facility, Bajaj Auto said.

It was started for Bajaj Auto's workers and their families but now serves not just its employees but also the community around the plant with than 1,140 patients having recovered at this facility.