Spike in retail inflation, shrinking IIP may cast a shadow on economic recovery 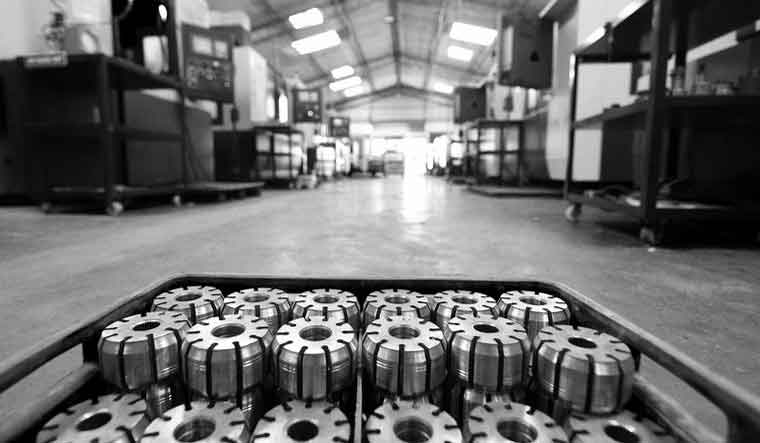 The recent Consumer Price Index-based inflation (CPI) and Index of Industrial Production (IIP) data indicate that the inflation spiked back to 5.5 per cent in March and IIP shrunk to 3.6 per cent year-on-year in February, indicating an uncertainty in economic growth. This is likely to prevail due to the second Covid-19 wave.

“India's IIP contracted for the third time in February in the last four months, the worst fall of 3.6 per cent in six months. It was slightly worse than the market consensus of -3 per cent, but not way off. At the same time, capital goods declined 4.2 per cent in February, while intermediate or infrastructure sectors fell 7-7.5 per cent during the month. Overall, while both data worsened vis-a-vis previous month, there were no surprises. On an annual basis, CPI inflation and IIP is expected to average 4.7 per cent and 11.1 per cent respectively in FY22 versus 6.2 per cent and -8.7 per cent in FY21,” observed Nikhil Gupta, Chief Economist at Motilal Oswal Financial Services.

Experts also feel that the CPI numbers for March comes at a difficult moment. It is expected that if March was already showing a contraction in industrial production, the IIP is expected to further reduce with the second wave of COVID across the country in April. This is likely to have a consequential impact both on economic recovery as well as employment.

“In the absence of improvement in the economy, inflation will likely come down because the consumption will come down, too. But, this could set a bad trend as the economic recovery was nascent. Being hit at this stage can have an adverse impact on growth, which at the current situation is more important to manage than inflation,” pointed out Sanjay Kumar, CEO and MD, Elior India.

Economic experts point out that growth worry continues as retail inflation has stayed above the 5 per cent mark for two months post a brief cool off in December 2020 and January. “The rise in CPI inflation is mainly due to high food prices. The core inflation is near the 6 per cent mark. Rising crude prices and supply-led disruption due to any lockdown may lead to a further rise in inflation. The central bank's commentary last week on tolerance towards rising inflation will keep sentiments in check. Industrial output has de-grown for two months in a row, despite near normal activities in February. Any major lockdown and mass migration of laborers due to a second wave poses a risk to industrial activities and output,” remarked Nish Bhatt, Founder & CEO, Millwood Kane International—an investment consulting firm.

A report on retail inflation and IIP numbers from Anand Rathi is of the opinion that with a contraction in industrial production and higher than expected inflation the fear of stagflation is likely to set in with negative financial market implications. At the same time stagflation seldom persists and pro-growth policies are likely to continue. Anand Rathi's report further points out that both growth and inflation are in uncomfortable zones. Data released show higher than expected retail inflation and lower than expected industrial production. The report says that this may raise concerns regarding stagflation, though much discussed and dreaded, historically such situations have seldom persisted over longer periods in any major country. Yet, such concerns can adversely impact financial markets, at least temporarily.

The Anand Rathi report observes that the overwhelming priority of macroeconomic policies in India and elsewhere remains promotion of growth. With continued concerns regarding growth, the rise in retail inflation would be largely ignored by the RBI unless it breached 6 per cent for several months, which seems unlikely.