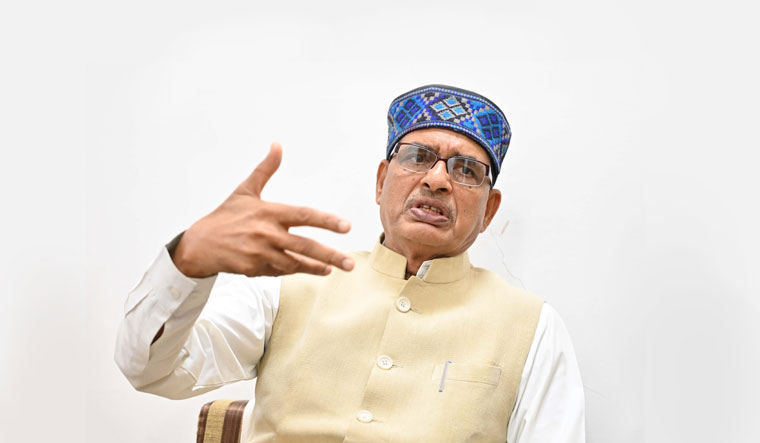 Inviting investors in the renewable energy space of Madhya Pradesh, Chouhan said it is an ideal state for investment in this sector. All necessary facilities will be made available to investors.

The land has been identified for developing 5,000 MW solar parks in Morena, Sagar, Damoh and Ratlam districts, he said.

The chief minister said investment in the renewable energy sector will be encouraged.

Renewable energy accounts for 20 per cent of the state's total power generation and it will be expanded continuously.

Union Minister of State for New and Renewable Energy (Independent Charge) R K Singh was also present in the conference.

A 750 MW solar power project was set up in Rewa, which is among the world's largest projects, the release said.

The value of power received from this project was the lowest at 2.97 per unit. This was a historic achievement in the country, it added.

In the previous years, investment of Rs 25,000 crore has been made in the renewable energy sector.

The chief minister also said that 21,500 solar pumps have been set up in Madhya Pradesh, and the target is one lakh by 2022.

For the sale of Akshay energy equipment, 244 Akshay energy shops have been started in all districts by encouraging private units.

Chouhan said 130 MW solar power generation project was set up in Neemuch in 2014 and 250 MW capacity project in Mandsaur in 2017. The 750 MW solar project in Rewa created history.

He also informed that the Union Ministry of New and Renewable Energy has approved setting up of 3,600 MW solar energy parks in Agar, Shajapur, Neemuch, Chhatarpur and Omkareshwar.