There are two rationales for not allowing business houses own banks, they argued 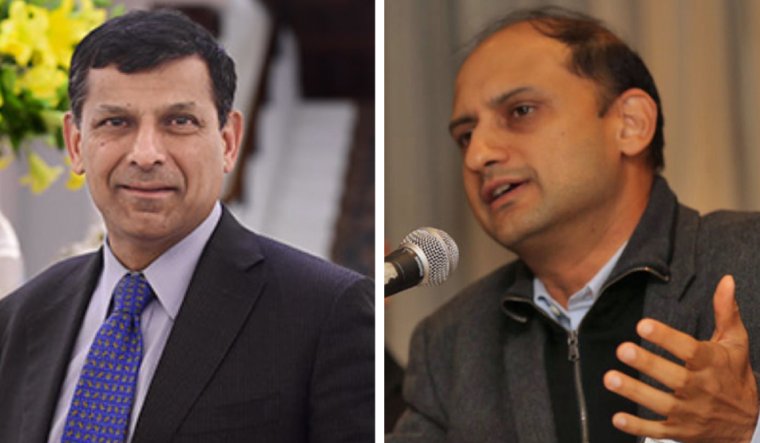 An internal working group of the Reserve Bank of India on Friday suggested that well-run large non-banking finance companies, with an asset size of Rs 50,000 crore and above, including those which are owned by a corporate house, may be considered for conversion into banks, if they have completed 10 years and meet due diligence criteria.

If these suggestions are accepted, it could pave the way for large Indian conglomerates, who have also large financial services companies, to enter the banking sector. So far such conglomerates were not allowed to set up a bank. The last time the RBI called for applications for full-fledged banks in 2013, over two dozen entities including several top business houses had applied. Eventually though, only two entities—IDFC, an NBFC and micro finance company Bandhan Financial—were granted a banking license in 2015.

Even in the on-tap banking license guidelines RBI released in 2016, large industrial houses were excluded.

Raghuram Rajan, the former governor of the Reserve Bank of India, and Viral Acharya, former deputy governor of the central bank, opposed the idea of allowing industrial houses entry into India’s banking system.

Rajan and Acharya say there are two rationales for not allowing business houses own banks.

“First, industrial houses need financing, and they can get it easily, with no questions asked, if they have an in-house bank. The history of such connected lending is invariably disastrous—how can the bank make good loans when it is owned by the borrower,” they ask.

Secondly, Rajan and Acharya feel that allowing corporate entry into banking would “further exacerbate the concentration of economic (and political) power in certain business houses.”

Even if banking licenses were allotted fairly, it would give undue advantage to large business houses that already have the initial capital that has to be put up, they argue.

“Moreover, highly indebted and politically connected business houses will have the greatest incentive and ability to push for licenses. That will increase the importance of money power yet more in our politics, and make us more likely to succumb to authoritarian cronyism,” Rajan and Acharya argued.

The report released on Friday stated that large corporate and industrial houses may be allowed as promoters of banks, only after necessary amendments to the Banking Regulations Act, to deal with connected lending and exposures between the banks and other financial and non-financial group entities; and strengthening of the supervisory mechanism for large conglomerates, including consolidated supervision.

Some analysts see the IWG’s suggestions as a step in the right direction.

“Corporate/industrial houses with deep pockets, a large ecosystem, and strong trust among people may give a tough time to incumbents, especially, inefficient players. Overall, intermediation cost is expected to reduce and credit penetration to rise at the system level,” said analysts at Motilal Oswal Financial Services.

Rajan and Acharya, in their article, note that India’s credit to GDP ratio is “abysmally low” and agree that India does need more banking services. But, they also question the urgency to change the regulation.

“Once the banking license is given, the licensee’s temptation will be to misuse it because of self-lending opportunities. India has seen a number of promoters who passed a fit and proper test at the time of licensing turning rouge. The bailout costs to the exchequer could be significantly more when it comes to bank licenses to industrial houses, which will start out big,” they felt.

The RBI already allows business houses that don’t have more than a certain fraction of their business in non-financial enterprises to apply for a bank license. “Why not encourage more of these less-conflicted houses to apply for a license,” they argue.

Business houses are already allowed to apply for a payment bank license. Payment Banks are entities that can accept deposits, offer savings and current accounts and also issue debit cards. However, they can’t lend or issue credit cards. If such entities want to provide retail loans, they can tie up with a bank and share any resulting profits, point out Rajan and Acharya.

The IWG report also suggested that the experience for payment banks to convert to small finance banks should be reduced to three years from the existing five years. This recommendation is also equally hard to understand, Rajan and Acharya said.

One possibility the two former central bankers feel is that the government wants to expand the set of bidders when it finally turns to privatising some of the existing public sector lenders. The other possibility they feel is that an industrial house holding a payment bank license may want to transform into a bank.

“It would be penny wise and pound foolish to replace the poor governance under the present structure of these (PSU) banks with a highly conflicted structure of ownership by industrial houses,” Rajan and Acharya noted.

The two feel that many of the technical rationalisations proposed by the IWG are worth adopting. The IWG’s suggestion of making significant amendments to the Banking Regulation Act are aimed at increasing RBI’s powers, before allowing corporates into banking, they pointed. However, if sound regulation and supervision were only a matter of legislation, India would not have a problem of non-performing assets, they argued.