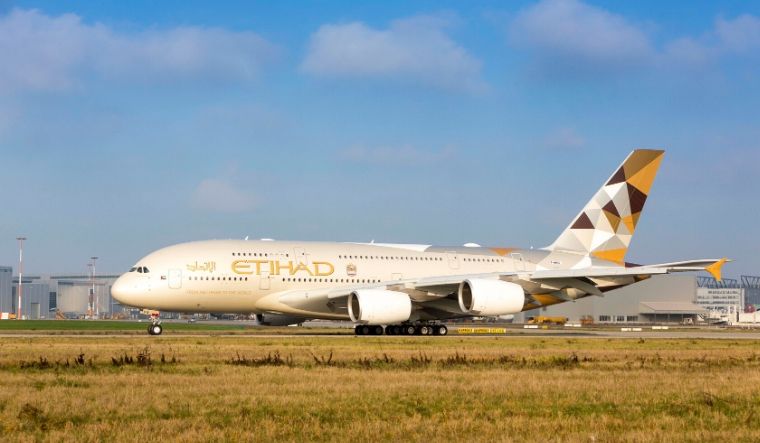 Etihad said the resumption of flights will be subject to the lifting of international restrictions and the reopening of individuals markets | Image courtesy: Etihad website

In a welcome move amid COVID-19 gloom, Etihad Airways has revealed its plans to gradually resume operating passenger services through July-August after the easing of flight restrictions on outbound and inbound travel to the UAE. The airline plans to fly to 58 destinations worldwide, including 10 Indian cities, namely, Ahmedabad, Bengaluru, Chennai, Delhi, Hyderabad, Kochi, Kolkata, Kozhikode, Mumbai and Thiruvananthapuram. The rest of the destinations include various cities in the Middle East, North America, Europe, Asia and Australia.

Etihad said the resumption of flights will be subject to the lifting of international restrictions and the reopening of individuals markets. All travel remains subject to the entry and health regulations set by the UAE authorities, and those at the end destination. It is to be noted that India’s aviation regulator, the Directorate General of Civil Aviation (DGCA) has extended the ban on international flights until July 31.

“The easing of restrictions on travel to and from the UAE is an important first step and a great development for Abu Dhabi. By August we aim to operate approximately 45 per cent of our pre-COVID capacity,” various media reports quoted Tony Douglas, group chief executive officer, Etihad Aviation Group, as saying.

“While we have continued to operate a schedule of special passenger, cargo and humanitarian flights over the last few months, the priority is now to build the network back up on markets that have opened up.” He added that the airline would also ensure that all flights follow hygiene and safety guidelines.

With countries closing their borders to alien tourists and passengers in view of the COVID-19 pandemic, the aviation sector has become one of the worst affected. In June, calling it the "worst year" in the history of aviation, global airlines body IATA pegged the combined loss of the airlines sector for 2020 at $84.3 billion.